Will 2021 be the year when AR glasses take off? 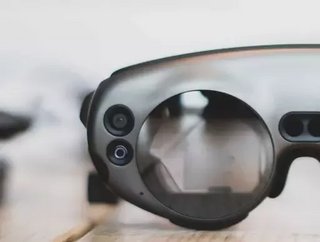 With Facebook and Apple nearing a commercial release for their AR glasses, will 2021 be the year that the technology starts to find adoption...

Augmented reality (AR) glasses are probably as big a part of our cultural understanding of an imagined future as jetpacks and murderous androids. From Iron Man to Minority Report, the idea of viewing the world through a helpful heads up display (HUD) has firmly taken root in our collective psyche as a milestone on the road to “the future”.

However, while AR technology has begun to bleed into our daily lives through our smartphones - with everything from art exhibitions to Pokemon Go capturing our collective imaginations - the marriage between an AR HUD and a pair of glasses can best be described (if you’re feeling charitable) as rocky.

After terminating its Glass project after three years of development and a shaky launch plagued by accusations of “creepiness”, Alphabet rehomed its pioneering smart lenses in the commercial sector, where they’ve become an increasingly popular solution in warehousing and manufacturing environments. However, despite saving the project from being a total wash, Google has yet to show signs of trying to find a home for its AR goggles outside of the enterprise.

Google isn’t the only company to attempt to market its AR wearables to consumers, only to pivot towards enterprise applications when the reception proved less than warm. AR goggle company Magic Leap raised $2bn in 2016 and, after a truly monumental wave of hype that saw it hire science fiction luminaries and bring a ground-up product to market well ahead of the competition, the company has been in a tailspin all summer. Its Magic Leap One headset failed to impress following its 2018 launch and now the company has fully rebranded to target the enterprise market.

Whether or not the move works for Magic Leap, the enterprise market for AR lenses is booming, with estimates putting global shipments at around 3,000 units this year - a figure that is expected to rise as high as 31.1mn units by 2027. The signs point to us being on the cusp of a massive adoption spike of AR glasses, but consumer interest still seems thoroughly lacklustre on the issue, even as COVID-19 creates new avenues for the technology to take hold.

There have been a few other spirited attempts to find commercial success with mainstream consumers outside the enterprise over the past few years. Snapchat - as one of the leading drivers of AR applications in social media - released the Spectacles 3 last year to a fairly lukewarm reception. The issue - which seems to have repeated with other launches of AR eyewear since - seems to be high price points and such limited functionality that it’s hard to see the point in paying so much for technology that wasn’t ready yet. As Josh Constine of TechCrunch wrote at the time, “They’re merely a stepping stone toward true augmented reality eyewear — a public hardware beta for the Snap Lab R&D team that Apple and Facebook aren’t getting as they tinker in their bunkers.”

Which brings us to the AR glasses industry’s big hopes for commercial adoption: Apple and Facebook. If any companies are going to be able to deliver a successful coup for AR glasses, it’s these two Californian tech behemoths.

Facebook has been playing with AR and VR for years, since its $2bn purchase of VR headset company Oculus in 2014, and is expected to launch a pair of AR frames in collaboration with Ray Bans in 2021. Apple’s own AR glasses - while originally rumoured to be launching later this year - look like they’re also going to be dropping in 2021 (or maybe 2022) and will feature eye gesture controls that will allow wearers to do things like take photos by winking.

According to a recent report by MacRumours, “Apple and Foxconn are developing semi-transparent lenses for an AR headset, and the lenses have moved from the prototyping stage to trial production, the final step before mass production. At the trial production stage, the design is typically locked down, which suggests the product is in the final stages of development.”

If these AR frames can deliver enough functionality at an acceptable price point, 2021 and 2022 could well be a huge inflection point for AR glasses outside of enterprise and niche markets.