Why Asia is beating COVID-19 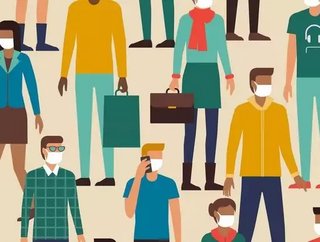 Second waves of the global pandemic are sweeping Europe and the USA. But Asia may have beaten the disease, experts suggest...

According to a new report, Asian countries are handling COVID-19 far better than countries in the West. Three areas have been identified in the battle against the disease, which has killed over one million people globally.

Ashish Jha, dean of the Brown University School of Public Health commented on the West’s response to COVID-19, saying, "In the US and Europe, we wanted to get our lives back, so we acted as if the virus was under control. In Asia, they were not in denial. They understood they can have their lives back if they follow certain precautions.”

The second area pinpoints cultural differences in compliance with government regulations, as another area that has led to higher infection rates in Europe and the USA. The wearing of masks, say experts, was more readily adopted by members of the public in Asia following their experiences with SARS and MERS.

Teo Yik-Ying, Dean of the Saw Swee Hock School of Public Health at the National University of Singapore, explains, “It is how countries implemented and enforced that advice that is different. Asians were better at taking advice and putting in place the necessary rules.”

He added that people in East Asia are more likely to wear face masks and sanitize their hands, than Europeans and Americans, citing recent polls by Imperial College London and YouGov.

The final aspect that is hailed as the possible cause of the second wave in the West, is the issue of privacy. While Asian countries swiftly adopted invasive methods to track and control citizens, the West held off, reluctant to violate the privacy rights of their citizens.

South Korea and China both tracked their populations through mobile apps, credit card transactions, CCTV footage and contact tracing methods. Apps with digital passes must also be used to gain users access to public domain facilities, such as cinemas, nightclubs, bars and restaurants.

Having implemented Herculean efforts to eradicate COVID-19, some Asian countries then experienced a small rise in infections because of travellers entering the country. Speaking to Wired about the reinfection rates, Ben Cowling, an epidemiologist at the University of Hong Kong, commented, “There were just a small number, and then they kind of disappeared. But at the end of February and early March we started to get more imported cases from Europe. Hong Kong got a lot from Europe, the US, and other parts of the world, and Taiwan got a lot from the US.”