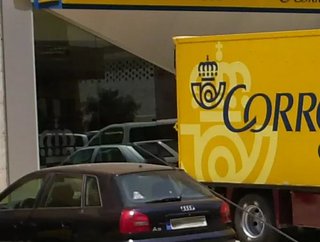 Spanish postal service Correos is launching its own telecom and internet services - initially as an internal service for its own staff.

Spanish postal service operator Correos is getting into the MVNO game.

The move mirrors those made by the French and Italian branches of the Correos Group, which initially rolled out telephone and internet services to their own employees before bringing a commercial offering to the market at large.

This soft internal launch should provide Correos - which is expected to launch the new services as early as the first week of August - with a sizable test bed in order to address any teething troubles within its network before introducing it to the wider consumer market.

The company has said that the services are “intended for the group's 53,000 employees and their families,” meaning that the new MVNO could be looking at an initial customer base of about 200,000 people.

The company has said it plans to leverage its experiences making the jump from postal carrier to MVNO with French subsidiary LaPoste and Poste Italiane.

The first, through La Poste Mobile, which was born in 2011 after an agreement with the French operator SFR, operates as a virtual mobile operator (MVNO) with a customer base of more than 1.5mn people. In Italy, Poste Italiane’s Poste Mobile subsidiary has been operating on fixed and mobile telephony provided by Postepay through the Vodafone network since 2007. In both cases, the services are available to private and commercial clients, in addition to the initial market of employees.

The group currently has around 5,000 kilometres of fibre installed throughout Spain, and its initial offering will reportedly comprise basic products like mobile and fixed telephony, and internet access, as well as television services and multimedia content.

It’s unclear which of Spain’s carriers would host Correo’s network, although Light Reading’s editor, Anne Morris, has speculated that the country’s fourth-largest and most “aggressively expansionist group”, Másmóvil, would be a likely contender.

The move to diversify into the telecoms sector is potentially fraught, since Spain is a particularly competitive and crowded market. However, Correo might not see itself as having much of a choice. The company reportedly makes 70% of its revenues from postal services, with just 30% of its revenues coming from the much larger and faster-expanding parcel delivery space.