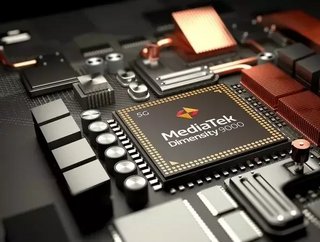 "The Dimensity 9000 is a milestone for MediaTek, highlighting our rise to incredible with a true flagship 5G smartphone chip. This chip signals MediaTek and our Dimensity family has entered a new phase of innovation," said Dr. Yenchi Lee, Deputy General Manager of MediaTek's Wireless Communications Business Unit. "The Dimensity 9000 is the most powerful and energy-efficient chip to date, delivering a number of industry firsts and a full suite of features for the most discerning tech enthusiasts."

Dimensity 9000 integrates the cutting-edge Armv9 CPU architecture for a true flagship experience. The octa-core CPU has one ultra Cortex-X2 core operating at up to 3.05GHz, three performance A710 cores operating at up to 2.85GHz and four efficiency Cortex-A510 cores. With the integrated LPDDR5X supporting up to 7500Mbps, along with an 8MB L3 cache and 6MB system cache, the Dimensity 9000 is built for the massive bandwidth demands of the mobile market.

Smartphones powered by the MediaTek Dimensity 9000 flagship 5G mobile platform will be available in the market in the first quarter of 2022 and the new chip is supported by some of the world's biggest device makers.

"Vivo has always highly valued its partnership with MediaTek," said Shi Yujian, Senior Vice President & CTO at vivo. "With the Dimensity series 5G chipsets and their state-of-the-art performance, energy efficiency, 5G connectivity, AI, imaging and video technologies, vivo has been able to deliver a broad lineup of high-end 5G products loved by its users. We are excited to see the Dimensity series finding more fans in the market. In 2022, we look forward to continuing to work closely with MediaTek to launch vivo's first product powered by Dimensity 9000 flagship chip. We believe that the Dimensity series will continue to push the envelope on 5G applications and innovations."

"Dimensity 9000 brings together the industry's most cutting-edge features in one chipset," said Lu Weibing, General Manager of Redmi. "It is currently one of the most advanced 'ultra-flagship' SoCs in terms of performance, video, gaming, communications or AI capabilities. Redmi is honored to be working with MediaTek for in-depth joint testing of Dimensity 9000 in the early stages, and achieved outstanding results in these tests.

“The Dimensity 9000 offers unprecedented performance, a true leap over prior generations, and I am very excited for the official commercialisation of this chipset on our Redmi K50 series. With the overall improvements that the Dimensity 9000 platform brings to the table, and being an indispensable part of our Redmi K50 series, users can expect to see a noticeable, upgraded performance in our upcoming devices,” Weibing said.