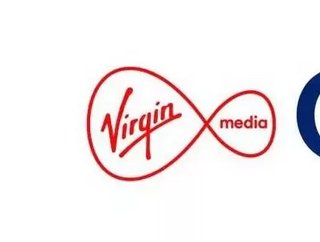 A £31bn merger between telecoms companies Virgin and 02 has been provisionally cleared after initial concerns it would harm the wholesale market...

The UK's competition watchdog, also known as the Competition and Markets Authority (CMA), has given the provisional green light for a merger between telecoms companies 02 and Virgin Media and Virgin Mobile.

Valued at £31bn, the merger was agreed by the competition watchdog after being subjected to an in-depth investigation over fears that it would harm wholesale market competition.

Martin Coleman, Panel Enquiry Chairman of the CMA insisted that the company had to take a cautious approach to the investigation due to the effects that the deal could have in the UK.

He said: “Given the impact this deal could have in the UK, we needed to scrutinise this merger closely.

“A thorough analysis of the evidence gathered during our phase 2 investigation has shown that the deal is unlikely to lead to higher prices or a reduced quality of mobile services – meaning customers should continue to benefit from strong competition," he added.

The CMA had initial concerns over prices rising as a result of the merger, affecting the quality of other companies' mobile services, causing it to suffer.

But the CMA concluded the investigation saying that due to backhaul costs only being a relatively small element of rival companies' overall costs, "it is unlikely that Virgin would be able to raise backhaul costs in a way that would lead to higher charges for customers."

Following their investigation, the authority also mentioned that, due to Virgin Mobile's smaller size, it was not concerned with overlapping retail services such as mobile.

Another deciding factor in approving the merger was geographical reach, with companies like BT's being much larger than that of Virgin, meaning that the merger would still need to maintain its competitiveness otherwise it could risk losing wholesale custom.