The Metaverse: brave new worlds or an endless virtual mall? 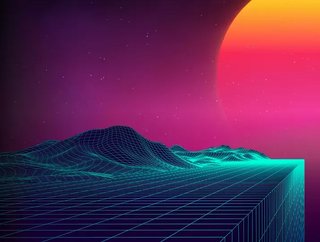 Everyone’s getting excited about the Metaverse, but it’s the plans to monetise it that have me worried.

Mobile Magazine will be doing a deep dive into the dawning age of the metaverse in the November edition. Click the link at the bottom of the page to learn more.

So, the metaverse is having a real moment right now. Facebook - just after announcing plans to effectively double its workforce in Europe with 10,000 new hires specifically targeting the metaverse elements of its business - is expected to rebrand itself next week, putting as much distance between itself and its identity as a much reviled social media company.

While Mark Zuckerburg is probably the Metaverse’s most high-profile and vocal champion, this trend goes far beyond the social media giant’s blue borders. Paris Hilton is headlining a blockchain based digital festival in the Decentraland metaverse project this weekend - a few months after Ariana Grande’s much discussed digital concert that took place inside the popular battle royale game Fortnite. Deadmau5 is even getting in on the action.

It’s not just the concept of virtual concerts that’s stirring up the pandemic-fatigued masses. The hype cycle around the potential of metaverse experiences is growing like nothing I’ve ever seen, touching everything from education to the future of the office and even online dating.

A recent survey of office workers in Seoul, South Korea, found that six out of 10 Seoulites would rather work in a virtual setting, such as the "metaverse" where people interact with each other as avatars, rather than going to a physical office. People not only want to work and play in a metaverse, but they might even want to fall in love there too.

A Metaverse of Love

While the internet collectively lost its mind over Facebook’s recent string of metaverse announcements, US-based VR game developer FireFlare Games announced it was making the first VR metaverse explicitly for online dating - a metaverse of love called Planet Theta where people can meet, chat, and maybe even fall in love on a far-flung virtual world. Planet Theta, a spokesperson from FireFlare contends, will give “millions of people around the world their first compelling reason to access the metaverse. The metaverse needs Planet Theta to succeed.” It’s a bold claim, but there’s more logic behind it than you might initially think. Last year, the Pew Research Center wrote that “online dating has evolved into a multibillion-dollar industry serving customers around the world.” With a draw that big - not to mention the constant perceived dissatisfaction the majority of people (I speak anecdotally here, but seriously just go on r/tinder for ten minutes and you’ll see what I mean) express with online dating, its surely a demographic that’s hungry for something to make it better.

Whether or not the metaverse can actually help people find love is neither here nor there. What matters is that whole “multi-billion dollar” bit.

As a quick aside…

What is a metaverse, anyway?

Real quick, because I’m sure you’ve had this explained to you about a million times (I know I have) already, the metaverse is a phrase that was coined in 1992 by American science fiction writer Neal Stephenson in his dystopian novel Snow Crash - a book I wholeheartedly predict will have some sort of massive resurgence this Christmas.

Popularised further by books like Ready Player One and games like Second Life, the concept of the metaverse has grown and evolved over the past couple of decades, and now it appears to be coming to fruition.

In short, a metaverse is a digital space (a simulated room, for example) that users access through an avatar. So far, so video gamey. Now, the thing that sets metaverse experiences apart from a video game is that you can walk out of that digital room and, theoretically, into an infinite number of other rooms where different things are happening, whether it’s speed dating or a Deadmau5 concert. It’s multiplayer, too. Everyone who logs into the “Facebook Metaverse” in a few years will be online with everyone else, much like you are sharing a social media platform with everyone else using it today.

This means that metaverses are essentially creating digital worlds that resemble physical space in many ways, where people will be able to go, interact with one another, have experiences and, here the critical part, spend their money.

Virtually all new technological innovations either have their roots in military applications (radar, rocketc, you name it) or some folks who had a bright idea and now need to find a way to make money off of it. Just look at how the monetisation process has turned social media into a blighted wilderness that Facebook wants no part in any more. It’s a risky process. Google’s slogan is no longer “don’t be evil.”

The metaverse presents us - theoretically - with a world of infinite promise. The problem with the concept of infinity, however, is that it contains literally everything. It contains digital marketing, for starters.

“Imagine you are having coffee with a friend in the park. She mentions a pair of sneakers she likes and suggests you might like them too. In an instant, a selection of sneakers flashes up into your peripheral vision. As the digital images float by, she details the style, allowing your AI assistant to fine-tune your selection. You see the sneakers she recommended but you don’t like some of the detailing. Your AI assistant copies them and open up your customizer.

With a simple swipe, you give your friend access and together you swap out the laces and tweak the color combination. With another gesture, you buy the sneakers — and purchase an NFT version to dress your holographic avatar. They’ll be delivered from the on-demand factory later in the week.

You say goodbye to your friend and tap your smart glasses to leave the park. But in fact, you never left your couch.”

So goes a recent blog post by Mastercard, replete with excitement over the commercial potential of seamlessly integrating digital and physical worlds - creating a “3D version of the Internet” as they put it.

And here lies the scary (or just depressing, maybe) part. The metaverse, at least as far as some people seem to see it, is a license to print money. It’s already pretty likely that Facebook’s interest in the metaverse is rooted in the same thinking that led to its unethical data collection practices. The metaverse, we can safely assume, will be even more fertile ground for tech companies to harvest consumer data for sale to advertising companies. As the boundaries between the digital and physical worlds grow increasingly blurry, so too do the lines between our wallets and people who want our money.