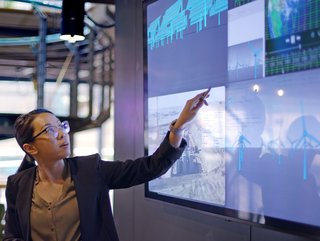 Vodafone is leading the industry shift towards sustainability, with a series of ambitious climate pledges and the goal of net-zero carbon emissions by 2040

Vodafone takes immense pride in its status as a sustainable telecoms leader.

Without a doubt, in terms of climate-conscious targets, the connectivity giant is leading the pack. Not only is the company pledging net-zero emissions across its entire value chain within the next few decades, but it has also implemented a wide range of goals, pledges and commitments, spanning the full range of green initiatives.

Alongside this, the company recently made headlines last year by becoming COP27’s first principal partner.

So, to celebrate the work that telcos are doing in this sphere, we’ve outlined Vodafone’s three leading climate targets.

1 Vodafone is committed to achieving net zero emissions, by 2040, across its full value chain

Vodafone is already on the path to total net zero, as it works to achieve complete net zero carbon emissions across all of its global operations.

In order to achieve this, the company is implementing a variety of impactful measures, including:

2 Its European network is powered by 100% renewables

This was one of the first sustainability targets that Vodafone successfully achieved, having made the announcement in 2021.

3 Vodafone will fully abate for its own operations by 2030

By 2030, Vodafone will fully abate all carbon emissions from its own activities, as well as those from energy it purchases and uses.

These 2030 carbon reduction targets have been approved by the Science Based Targets initiative.

These reductions are precisely geared to keep warming to 1.5°C, and represent one of the Paris Agreement’s most critical targets.