Huawei beats Samsung: was blacklist a blessing in disguise? 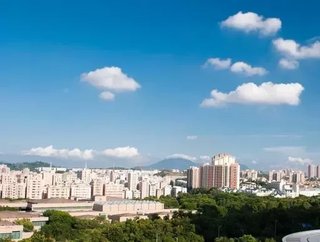 A new report has placed Huawei in the number one spot for smartphone shipments in 2020. Does the company have its status as a pariah to thank...

A new report by independent analyst company Canalys has found that Chinese tech giant Huawei has overtaken Samsung as the world’s leading smartphone vendor. This marks the first quarter in nine years that a company other than Samsung or Apple has led the market.

Huawei’s win comes off the back of a dismal Q1 and Q2 for Samsung. Largely driven by consumer caution in the face of the pandemic, Samsung shipments fell by 30% in recent months, compared to its Q2 2019 results.

“This is a remarkable result that few people would have predicted a year ago,” said Canalys Senior Analyst Ben Stanton. “If it wasn’t for COVID-19, it wouldn’t have happened. Huawei has taken full advantage of the Chinese economic recovery to reignite its smartphone business. Samsung has a very small presence in China, with less than 1% market share, and has seen its core markets, such as Brazil, India, the United States and Europe, ravaged by outbreaks and subsequent lockdowns.”

Huawei is still subject to US government restrictions, which have stifled its business outside of mainland China. Its overseas shipments fell 27% in Q2. But, according to the report, it has grown to dominate its domestic market, boosting its Chinese shipments by 8% in Q2, and it now sells over 70% of its smartphones in mainland China, although this figure is disputed by other major analytics firms, which place Huawei’s share of the Chinese market at closer to 40% or even as low as 29%. Regardless of the actual figure, Huawei nevertheless remains the top player in a market which has displayed a singular resilience in the face of a global pandemic.

Samsung’s home of South Korea has also been uniquely successful in maintaining economic activity during the pandemic but, as the report indicates, Samsung’s strong presence in markets more heavily affected by the pandemic - like the UK, US and Brazil - has eviscerated its sales numbers.

Huawei’s dominant focus on the Chinese market has been, at least in part, driven by its status as a global pariah. Beginning with a series of high-profile disputes that saw its CEO at the time, Meng Wanzhou arrested in Canada, the company found its way onto the US blacklist, and was more recently banned from participating in 5G rollouts in the UK.

Reflecting on Huawei’s enforced domestic focus, could this have turned out to be a blessing in disguise? Samsung executives have stated that the company is projecting better sales in Q3, but for now Huawei has seized the crown.

“Taking first place is very important for Huawei,” said Canalys Analyst Mo Jia. “It is desperate to showcase its brand strength to domestic consumers, component suppliers and developers. It needs to convince them to invest, and will broadcast the message of its success far and wide in the coming months. But it will be hard for Huawei to maintain its lead in the long term. Its major channel partners in key regions, such as Europe, are increasingly wary of ranging Huawei devices, taking on fewer models, and bringing in new brands to reduce risk. Strength in China alone will not be enough to sustain Huawei at the top once the global economy starts to recover.”