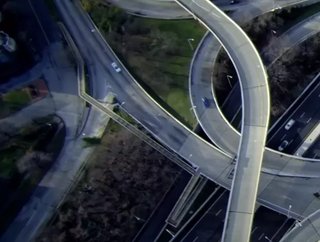 Experts from Huawei, BT and the GSMA paint a picture of a smarter, better world, interwoven with a ubiquitous Internet of Things.

The Internet of Things (IoT) is poised to transform the very fabric of the modern world. From smarter homes and cities to the way we live, work, play and build things, IoT is increasingly saturating every aspect of the economy and daily life.

At the end of 2019, the number of active IoT devices in the world hit 26.66bn. By the end of this year, that figure is expected to exceed 35bn. It’s a staggering jump, but nothing compared to the estimated 75bn pieces of IoT hardware that are expected to be in service by 2025. At the current rate of global population growth, that’s just over nine IoT devices per person on the planet.

Today, IoT devices, from smart meters and sensors to intelligent refrigerators, are already becoming a fact of daily life for millions around the world. However, some experts believe that, in order for IoT to achieve its full potential, the technology must pass a tipping point, from widespread usage into true ubiquity. Henk Koopmans, Chief Executive Officer of Huawei’s Research & Development division in the UK, explains that, in order for the society-wide connectivity benefits of IoT to be realised, there needs to be a “ubiquitous integration of IoT into our lives.”

Aruna Srinivasan, Senior Director of the Internet of Things at the GSMA, believes that the COVID-19 pandemic will be the catalyst for the kind of ubiquity that Koopmans describes. “Over the next few years I think we’ll see an optimisation of connected/virtual life and real life,” she explains, adding that “The pandemic has taught us the value of each, and I’m excited to see how we achieve a balance in all areas of our lives.”

Koopmans goes even further, positing that, up until this point, IoT has largely been used to augment and automate pre existing business functions. “Many IoT implementations are just business extensions,” he explains. “For example, the remote reading of electricity meters, the predictive maintenance of logistics trucks, or the traffic management driven by parking sensors. Credible applications in their own right, but completely vertically integrated, only useful to the business running it.” These relatively narrow applications are, Koopmans reflects, “a far cry of the Internet of Things - the emphasis being on Internet.”

The World Wide Web of Things

In order for connected devices to really fulfil the promise of an internet of things, Koopmans explains that the ways in which we access this technology, and the purpose that the IoT serves, will need to evolve. “A ubiquitous internet – or should it be called the World Wide Web of Things – is one where we as consumers have applications on our smartphone that utilise this vast amount of data that is generated by the ‘Things’ out there,” he says. “This data is digitally representing my community, my city, the environment I live in. I therefore want to know about it, and that means that a democratisation of this data is needed, and tailored for my personal use, to improve my quality of life.”

However, just as there’s a disconnect between the ways in which IoT devices are used now and the applications needed to create the future Koopmans envisions, there’s also a fundamental dissonance between the current conversation around data sharing and privacy, and the free flowing information that would form the lifeblood of an IoT connected world. It’s a problem that exists for good reason. As data has become an increasingly valuable resource, and the increasingly digitalisation of the economy has come to both produce and use more data, there are fundamental questions regarding individual privacy that need to be resolved before data can be allowed to move freely enough - and in large enough quantities - to support the kind of IoT saturation and functionality Koopmans says we’re headed for.

If the truly democratised IoT is to be realised, Koopmans continues, then “we need to find a way to manage data ownership.” He notes that, while technologies like blockchain have shown promise, they’re “too cumbersome for the IoT”, meaning that, if organisations want to “share and exchange data, we have a long way to go.”

Srinivasan, on the other hand, is more optimistic. “As we become more connected, it’s incredibly important that we empower consumers to remain in control of their data,” she says. “The EU’s GDPR regulation goes a huge way towards achieving this and if these principles are maintained I believe we will be in a good place.”

In many ways, the smart city is the ultimate end goal of IoT implementation. Integrating smart sensors, security systems, monitoring equipment, traffic lights, waste management, and transportation into the nebulous cyberspace will, advocates suggest, create a degree of efficiency, sustainability and visibility that will allow cities to better care for the people that inhabit them.

The idea of the smart city has grown alongside the IoT, with global spending on smart city initiatives predicted to hit $135bn this year. That figure represents a 22% increase on the previous year, although that jump in investment may be a little misleading given the pandemic - the “economic uncertainty” caused by the global health crisis - shut down or delayed a number of high-profile smart city developments last year, including Sidewalk Labs’ Quayside development in Toronto. Nonetheless, the application of IoT to urban infrastructure remains one of the most compelling use cases for the technology, and in many ways, is the lens through which most people experience the benefits of IoT.

According to Jamie Hayes, Mobile Network Operator Director at BT Wholesale, the sheer scale of smart cities’ potential is almost a challenge in itself. “The smart city vision is a fully connected city. It involves driverless cars, artificial intelligence (AI), smart street lighting and smart parking. With so many technologies – and all the policies which govern how to implement these technologies –  half the battle is knowing where to start,” he explains.

As we progress, Srinivasan reflects that “The truth is there are both technology and business hurdles that we need to cross,” in addition to challenges relating to privacy, if IoT is to have a truly transformative effect on society. By bringing together multiple players from the tech industry, she’s confident that significant advances can be made. “We know that we can’t just be inward looking. The mobile connectivity is primed to support other industries in reducing their emissions, for example through the deployment of environmental monitoring solutions, smart grids, smart buildings, or smart agriculture,” she explains. “The move to net zero is increasingly on the agenda of governments and business around the world and IoT solutions will be a huge enabler in helping achieve this and preserving our planet.”