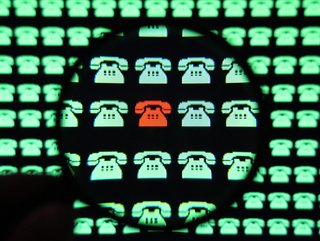 The number of spouses using spygear mobile technology on their partners has increased dramatically, with a 60% usage increase in just the last few years

In 2021, Maguire Family Law revealed that one in five people going through a divorce has used spygear on their spouse.

And, the proportion of spouses using surveillance technology has increased rapidly, with a 60% increase in the last few years alone.

Malicious spyware and stalkerware is on the rise, infiltrating our phones through apps and links.

But, it’s not just phone hackers and cybersecurity criminals that we need to be concerned about.

The widespread availability of spyware technologies mean it's all-too-easy for spouses or ex-partners to download spyware to a mobile device.

So, to help tackle this rising problem, the cybersecurity experts at VPNOverview have revealed the top 10 warning signs of spyware being present on your phone, as well as some of the most common spyware apps that can be downloaded onto your phone and how you can remove spyware if it is present on your device.

Top 10 warning signs of mobile spyware on your device

What many people aren’t aware of is that spyware apps can actually be downloaded directly from the Apple App Store or on Google Play.

This is because most of these spyware apps are designed for parents, to help them monitor their children’s internet use. However, they can easily be adapted to be used by spouses or ex-partners.

Some of the most common spyware apps include:

To remove spyware from your phone, you will firstly need to locate the spyware and uninstall it from your device.

Then, to prevent a similar issue from recurring, use a dependable antivirus programme, which is designed for smartphones.