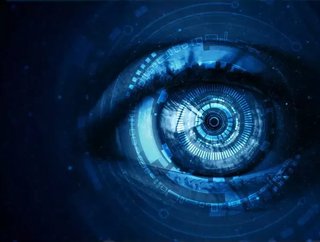 AI tech and real-to-virtual experiences will be at the forefront of tech trends for the coming year, says Ericsson’s Group CTO...

Living virtually and relying on smart technology is the shape of things to come, predicts Erik Ekudden, Senior Vice President and CTO for Ericsson.

The Head of Group Function Technology, who introduced the concept of network platforms and open market developments in his 2019 annual report, now says the virtual experience and intelligent machines will reshape lives in the post-pandemic era.

In his latest report, titled Future Network Trends, he outlines how Virtual Reality is already in use in many companies as a tool for training and communications. But with stay-at-home orders, lockdowns and restricted travel, communication tools have experienced a progressive leap in 2020, and the social potential for VR, says Ekudden, has never been clearer.

“The internet of senses will enable seamless interaction with remote things and machines, making it possible to fully realise use cases such as remote health checks, remote operation of machinery, holographic communication and virtual reality vacations. Among other benefits, the internet of senses is expected to have a significant impact in terms of sustainability, by dramatically reducing the need for travel.”

He explains that an “internet of senses” will be the next frontier in AI computing. Ekudden believes there will be almost seamless interconnectivity between the physical and virtual worlds.

He explains, “As physical and digital realities become increasingly interconnected, advanced cyber-physical systems have begun to emerge. These systems consist of humans, physical objects (machines and other things), processes, networking and computation, and the interactions between them all.”

The function, he continues, will be to provide people, organisations and businesses with transparency to track and regulate assets and places which would generate value in terms of productivity.

But building machine intelligence is usually a long-term process, as modern machine learning (ML) increases software capabilities via historical data. Ekudden explains that advances in tech have sped up the process.

In a scenario that sounds dauntingly like science fiction, he writes, “Machines will become increasingly intelligent and autonomous as their cognitive abilities continue to expand. Their understanding of the world around them will continue to grow in tandem with their ability to interact with other machines as part of a cognitive system of systems.”

He points out that intelligent machines, which have three major subsystems made up of sensors, actuators, and control, have been with us for a long time. These include industrial robots, speech recognition/voice synthesis systems (like Apple’s Siri) and self-guided vehicles. “The complexity of control and logic skills makes expert systems central in the realm of intelligent machines,” Ekudden says.

Digital transformation is not a new concept, but it is one that has accelerated due to the COVID-19 pandemic. And as companies and organisations become increasingly streamlined through technology, AI will form a major part of the workforce and environment.

In a recent Towards Data Science report, Ryan M. Raiker discusses the future of workspaces and employees, stating, “Digital robots [will be] taking up minimalist tasks in the office. Digital workers will be trained to carry out a business task just like any employee, only faster and without mistakes. All employees across the enterprise will have digital workers working alongside them in the future.”

Nathan Furr and Andrew Shipilov also wrote in the Harvard Business Review that the adoption of new, automated solutions would result in greater changes than is currently being addressed. “Managers often think that digital transformation is primarily about technology change. Of course, technology change is involved — but smart companies realise that transformation is ultimately about better serving customer needs.”

Ekudden expands on the concept of AI and VR, saying that these two arenas will be inseparable in the future – and will even become integrated physically with humans, commenting, “Body augmentation capabilities will enable humans to be smarter, stronger and more capable. Other examples are contact lenses that can display augmented reality (AR) content, universal translator earbuds that allow for language-independent communication and exoskeletons that increase physical strength.”

He adds, “Eventually, brain-computer interfaces will enable communication at the speed of thought where, instead of speaking to machines, humans will merely think in order to direct them.”