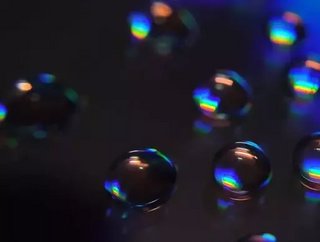 Huawei’s upcoming P50 may be the first smartphone to bring liquid lenses to market, a revolutionary technology two decades in the making...

Over the past few years, smartphone innovation has increasingly bumped up against the limitations of physical space. Advancements in chipsets have become more incremental, manufacturers have fought tooth and nail to remove the last vestiges of a front camera lens from their displays, and image capture technology - perhaps itself the biggest differentiator used to distinguish one flagship handset from another - has relied increasingly on software developments rather than bigger and better lenses.

The leaders in the field, Apple, Google and Samsung, have all begun to come up against the limits of what’s physically possible. Camera arrays - which combine a sensor and a lens - the size of the device limits the size of the array, and therefore the amount of light that can be captured.

Even the Sony IMX363 - which manages to fit an impressive 12 MP onto a 1/2.55 inch sensor - is two years old now. The fact it’s still being deployed in flagship phones is a clear demonstration of how stuck the industry is. There simply isn’t a viable better alternative.

Last week, Chinese smartphone benchmarking firm Antutu reported that Huawei is in the final stages of testing a new technology called liquid lens. According to the report, the innovation represents the biggest leap forward in smartphone camera hardware in years. With focus and image stabilisation times reduced to a scant couple of milliseconds, liquid lens technology could theoretically match the focus time of the human eye.

Huawei is said to be first deploying liquid lenses in place of a traditional telephoto lens. Instead of moving lenses around in order to zoom in on an object farther away, the liquid in the lens will change shape through variances in voltage, changing the way in which light passes through it and refocusing the image.

Forbes has reported that, according to tech benchmarker Dxomark, the fastest camera phones on the market today can focus an image in around 350 milliseconds, meaning that a liquid lens camera could shrink that time by almost 100%.

The next installment of Huawei’s flagship series, the P50, is expected to release next year, with the first commercial launch of a liquid lens array slated to make its debut in the device. Experts suggest that, if this is true, it would set Huawei’s camera technology leagues ahead of the best image capture technology in Apple, Samsung and Google’s top-of-the-line devices.

Two decades in the making

Liquid lenses aren’t a new technology. In fact, the smartphone industry has had its sights firmly set on building a liquid lens camera phone for more than 15 years.

All the way back in 2005, Samsung announced that, through a partnership with camera component maker Varioptic, it would be releasing the world’s first liquid lens camera phone array in Q4 of that year. Obviously, no such phone ever materialised.

Varioptic didn’t just disappear, however. The company was sold to Gorilla Glass manufacturer, Corning, in 2017 and appears to have continued working with Samsung on the development of liquid lens technology.

According to a report from Phone Arena, recent leaks concerning the Samsung Galaxy S11 are promising a new development in its camera array that’s “never been seen before”. Given Huawei’s proximity to market with the P50, a Samsung liquid lens could very likely be on the horizon.