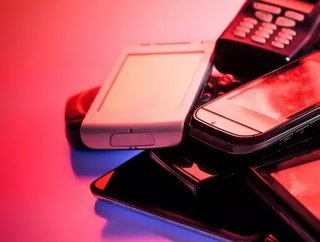 More and more people are trading in their smartphones for a more old-fashioned device in the name of peace and quiet...

In a world where our phones are also our email inboxes, music players, gaming consoles, productivity apps and time wasting devices, it’s getting harder and harder to find a moment to put them down and exist in the present.

You’re addicted to your phone. So am I…

Smartphone addiction is a real thing. The typical cell phone user touches their phone 2,617 times every day, and the average user spends more than three hours staring at their small screen. Interestingly, half of all phone pickups happen within three minutes of a previous one, which points to a pavlovian urge to check for notifications or maybe just scroll through a few dozen more reddit posts.

On top of this, so many more of us are working from home these days. As the world dips its toes into the unfamiliar waters of en-mass remote work, our phones - which make excellent business tools - are increasingly blurring the lines of our work/life balance.

Of course, there are hundreds of books, websites and (somewhat ironically) apps that can help us cut down on screen time. However, for lots of people, the urge is too much to overcome.

As folks around the world battle with technological addiction and try to engage more with the world around them rather than the one in their pockets, there’s been a resurgence of people (at least partially) switching to dumb phones for an increased sense of peace, utility and control in their lives. In this age of 8K streaming video, 5G and cloud gaming, we thought we’d take a closer look at this “dumb phone” revolution.

A quick note on privilege…

Ok, I didn’t come up with the phrase "dumb phone", but there are a few things I’d like to clear up about the negativity in the phrasing and the socio-economic privilege that a trend like this implies.

As of February this year, about 3.5bn people own a smartphone. That’s a lot. The smartphone is the gadget by which this generation is and will continue to be defined - even more so, as the pandemic drags on, and aspects of modern life from healthcare to education start requiring smartphones to participate.

Nevertheless, there are billions of human beings around the world without access to a smartphone. Be that because of isolation, economic disadvantage, or some form of oppression, that’s an awful lot of people (about 1.5bn to be precise) who just use a plain old mobile phone on a daily basis. Like so many trends in the tech space, the “dumb phone” revolution runs into the same problems as lots of other gentrified nonsense like Kibbo’s outrageously expensive #vanlife trailer parks, or that godawful obsession with urban camping. Don’t even get me started on “Begpacking”. Just don’t.

Anyway, I’m not saying that people wanting to take back their screen time so they can finally get around to finishing The Sword of Shannara are equivalent to trust fund babies begging for Bhat on the streets of Bangkok. It’s just worth keeping in mind that this is a problem that most of us are quite lucky to have.

So, you’re sick of your smartphone. You’re sick of the dozens of notifications from apps you used once, the co-workers who feel they need to weigh in on an ever expanding chain of meaningless work emails, the constant threats to your life from the Duolingo Owl. Shubham Agarwal over at Digital Trends can speak to this experience. “I feel hijacked by my smartphone and the companies behind it,” he wrote in an article late last year, shortly before grabbing himself an iconic yellow Nokia 8110 (ring-ring-ring-ring Banana Phoooone!). “Of late, using my phone has begun to channel a sense of anxiety and fatigue within me,” he added.

Agarwal’s experiment with a “dumb phone” ended up being extremely positive. “Switching to a feature phone disabused me of the illusion that my life will come to a halt without my smartphone,” he concludes. “It made me realise how insignificant most of what I used to do on my phone actually is.”

In a fit of desperation, I spent £10 on a burner phone from Tescos, put another £5 of credit on it for emergencies and didn’t pay another phone bill until I graduated. It was perfect. I couldn’t mindlessly scroll through apps, so I actually read a book or two and, after a while, really reconnected with my studies.

I also used a dumb phone before university when I was travelling. These days, I’m afraid to jog to the shops wearing loose trousers for the fear that the several hundred dollars worth of tech in my pocket will go skittering into traffic or down a drain. With a £10 dumb phone, I comfortable spent two months falling off motorbikes into rivers in Asia, and my tiny brick phone was never even remotely close to the front of my mind. Admittedly, I was more stressed about whether or not I still had a working femur - and leeches.

A dumb phone can be a great temporary investment, whether you want to be really “present” for a holiday, focused on a project, or just need some time back in your day - but still want to actually be able to call someone if you end up head over heels in a rice paddy between a broken motorbike and a truculent water buffalo.

Which dumb phone should you buy?

If you want the best, dumbest phone you can imagine, just go the whole hog and pick up something like the Nokia 106. This candy bar-sized chunk of plastic will cost you about $24, and has no camera or data connection. It’s a calling, texting, and playing Snake only affair my friend. As a trade off, you get peace of mind and a 21 day battery life on standby.

If you want something a little bit in between, go for the Nokia 8110, which runs on the KaiOS operating system. This means that, while your typing speed is going to be pretty heavily restricted, the internet isn't completely out of reach.

KaiOS is designed primarily for first-time internet users in developing nations. It’s a “my first internet” experience aimed at people who think a touchscreen phone is a bit too flashy, or can’t afford one - remember, you’re dipping your toes into a market that exists largely because people can’t afford a smartphone.

What this means is you can still get access to Google Maps, Assistant, WhatsApp and lots of other popular apps, but without the experience that leads you to feel like those apps are always on and clamouring for your attention.

The Light Phone 2 - Getting a bit weird with it

Ok, this one’s a bit strange, but I kind of like it. Maybe it’ll appeal to fashion and design conscious iPhone users who want to take a smartphone break but don’t want to be seen slumming it with the same phone their friends had back in 2004.

Anyway, the Light Phone 2 mixes some “dumb phone” features with smartphone capabilities. It also has an e-ink display (like a Kindle) to boost the battery life, and otherwise is a very pretty way to call, text. Other than the fact you can use it as a hotspot for other devices - and that ride-sharing, navigation, music, and other features are also rumoured in the works - that’s about it. It's minimalist, gorgeous, and costs as much as the new Pixel 4a. As I said before, this is a fashion accessory and a bizarre way to spend your money - but maybe that's just the smartphone addict in me talking.