Vodafone pledges to use 100% renewable power by July 2021 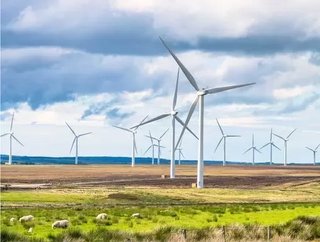 Vodafone is moving up its renewable energy commitments by three years, as it pledges to operate using 100% renewable electricity by this time next year...

Leading telecom operator Vodafone announced on Friday that its European communications network will be entirely powered by renewable electricity by July 2021.

The project will reportedly create a Green Gigabit Net for customers across 11 markets that will grow sustainably using only power from wind, solar or hydro sources. Green Gigabit Net will be enabled across all Vodafone’s markets in Europe, including Germany, UK, Spain, Italy, Portugal, Ireland, Greece, Romania, Albania, Czech Republic and Hungary, no later than 31 July 2021.

Currently, Vodafone has already made significant progress towards its goal in several markets. Vodafone Italy, Czech Republic and Ireland already use renewable electricity tariffs, with Vodafone Germany, Romania, Greece and Hungary all sourcing their first renewable tariffs or certificates in 2019.

Also, last month, Vodafone Spain announced the signing of a power purchase agreement with Iberdrola, in which the Spanish renewables firm will supply Vodafone with 540 GWh from renewable sources, including 140 GWh from a new wind farm.

This announcement comes as part of the company’s ongoing commitment to “improve the lives of 1bn people by 2025, by purchasing all electricity from renewable sources, halving its environmental footprint by 2025 and reusing, reselling or recycling 100% of its network waste, supporting the move towards a more circular economy.

In addition to its existing goals, Vodafone announced a new project to help its customers reduce their carbon emissions by a cumulative total of 350mn tonnes globally between 2020 and 2030.

“More than ever, Vodafone is relied upon to connect millions of people around the world. As society rebuilds and recovers from the COVID-19 crisis, we have an opportunity to reshape our future sustainably to ensure that recovery does not come at a cost to the environment,” said Vodafone Group CEO Nick Read. “Our accelerated shift to 100% renewable electricity on our European networks will change the way we power our technology for good - reducing our reliance on fossil fuels, helping our customers manage their resources more effectively and reduce their carbon emissions, while helping to create a healthier planet for everyone.”

The new carbon reduction target was developed with support from global carbon and sustainability experts, the Carbon Trust, with whom Vodafone has worked for a number of years. The Carbon Trust calculated the total quantity of emissions Vodafone has helped business customers avoid and has modelled potential future scenarios to inform Vodafone’s target setting in this area.

“We have been working closely with Vodafone on its sustainability agenda since 2010, and for the last seven years on quantifying the carbon enablement impact of Vodafone’s products and services,” commented Carbon Trust CEO Tom Delay. “There is a growing and important opportunity for the ICT sector to develop and enable new solutions that help drive decarbonisation and this target represents a very high level of ambition for Vodafone to continue to drive this strategy, further developing its IoT and other services, and engaging with its business customers.”