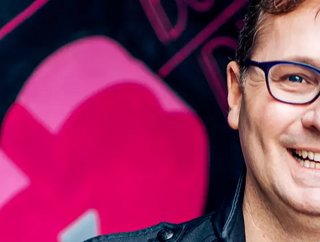 From a distant third to a contender for the throne, T-Mobile’s rise can largely be traced back to the visionary strategic direction of Mike Sievert, the co

This is a time of sweeping, generational change for the telecommunications sector. Times like these call for bold disruptive leadership if enterprises expect to grow, evolve and capitalise on a future that’s more connected than ever before.

For T-Mobile, that leadership comes in the form of Mike Sievert, the man behind the rise of the US’ most dynamic and disruptive mobile operator from a distant third to the country’s second-largest mobile network operator, and the fastest-growing company in the industry.

“There is no doubt that we are the leading growth company in wireless.” - Mike Sievert, CEO, T-Mobile

Sievert made the step up from T-Mobile COO to the CEO role in May of last year, just a few months before the company’s wildly successful “un-carrier” approach and merger with Sprint, put it ahead of AT&T.

Over the course of his eight year career at T-Mobile (he got his start at Procter & Gamble, before moving on to hold leadership roles at IBM and Clearwire) Sievert has been a relentless disruptor of the wireless industry status quo. Now, he’s leveraging the company’s merger with Sprint to carry the un-carrier forward into the 5G era.

"We’re going to be able to offer Sprint and T-Mobile customers… the best value and the best network simultaneously. That’s unprecedented in this industry." - Mike Sievert, CEO, T-Mobile

T-Mobile’s 5G network is the largest 5G carrier in the US, with a low and mid-band-focused network that covers more than 280mn people - a fact which prompted AT&T and Verizon to throw down almost $69bn between them at the latest 5G spectrum auction in hopes of catching up. Sievert is in no way content to rest on those laurels, however. In an interview with CNBC last year, he made it clear that, “We intend to cover 99% of the country. Not just with low band 5G like standalone T-Mobile but with broad and rich 5G that’s transformational.”