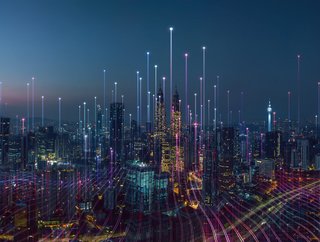 A new study, by JD Power, measuring mobile network performance in the US indicates an increase in network problems

A new study measuring mobile network performance in the US indicates an increase in network problems, according to the J.D. Power 2022 U.S. Wireless Network Quality Performance StudySM—Volume 2.

As wireless customers continue to increase their phone and device usage, more problems in network quality are being cited and the perception of network quality is declining.  Slow-loading content or a failure to load content was the most commonly reported problem, found the study, which was based on responses from 34,174 wireless customers in six US regions (Mid-Atlantic, North Central, Northeast, Southeast, Southwest and West) gathered from January to June 2022.

“An uptick in wireless and device usage was bound to catch up to network quality. Wireless customers are increasingly adept in data usage and streaming, meaning they’re less inspired and more aware of problems. While the number of problems is significantly lower when 5G is available, the most influential problems on network quality ratings continue to be streaming audio and video quality, slow loading times and calls not going through,” said Ian Greenblatt, managing director at J.D. Power.

In addition to evaluating the network quality experienced by customers with wireless phones, the study also measures the network performance of tablets and mobile broadband devices.

It was found that the problems were reduced in areas where 5G is available, which suggests a previous study by JD Power from July to December 2021 that the widespread rollout of 5G helped reduce network problems. During this time, the area average for network problems per 100 devices stood at nine in most regions and climbed to only 10 and 11 in the Southeast and Southwest. In this most recent study, the area average reached 10 across the country, as well as 11 and 12 in both the Southeast and Southwest.

Verizon Wireless ranked highest in five regions evaluated in the study, achieving the fewest network quality problems per 100 connections (PP100) in call quality; messaging quality; and data quality in the Mid-Atlantic, North Central, Northeast, Southeast and West regions. AT&T ranked highest or is tied in all factors in the Southwest region with a score of 11 PP100, achieving the fewest network quality problems in call quality in the region.