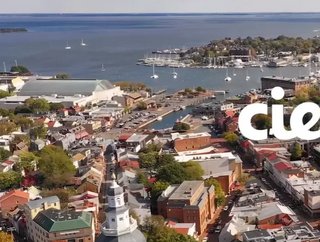 Power, cooling, and intelligent, efficient design are all essential to a data centre. However, an industry-leading PUE and hyper-dense server racks mean nothing without rich interconnection with the surrounding network.

“Ciena is probably the coolest company in the networking sector. We drive the bits and bytes of the Internet,” says John Garrett, Senior Director of Sales in APJ for Ciena. “People in the networking space know that we are a leader in optical technology. We're a tried-and-true supplier in the optical space because we make sure to stay at the cutting edge. We invest significantly in R&D every year, and we will continue to do so to ensure that we stay at the forefront of the market when it comes to delivering new technology capabilities for our customers.”

Founded in 1992, Ciena is a networking systems, services, and software company that underpins critical digital infrastructure across the world, serving more than 1,700 customers in multiple industries. “We cater towards the service provider community as well as hyperscalers and over the top (OTT) providers. We're also driving into the area of private networks for large enterprises in the financial, insurance, and pharmaceutical sectors, as well as for governments,” Garrett explains.

Ciena is headquartered in the US, but has regional operations across the globe. In APAC, Ciena is active in 12 countries. Garrett is based in Singapore, where he oversees a team that focuses on serving “the large-scale OTT customer base in North America and China, as well as the hyperscale data centre infrastructure players, which of course includes Digital Realty.”

Ciena was chosen by Digital Realty as a key technology and interconnections solution partner to support the data centre leader’s sweeping expansion throughout the APAC market, balancing a strong commercial proposition that keeps Digital Realty’s cost-per-bit low, while still leveraging cutting edge technology to create a world class experience for their customers.

“As Digital Realty has expanded its platform into Asia, they needed to put infrastructure in place to connect their new facilities to networks as part of a series of greenfield developments,” Garrett explains. Ciena has provided the necessary optical infrastructure to connect these new facilities, starting in Singapore, where Garrett describes the companies completed a deployment earlier this year. “We then expanded out to Hong Kong, Osaka, and Tokyo Narita, which are all scheduled to come online in the next few weeks. Then, later in the year, we'll also be helping them connect and bring online another facility in Sydney as well,” he says. “It's been a very exciting partnership, and we're excited to see these sites start to come online as part of PlatformDIGITAL.”

Underpinning Ciena’s solutions for Digital Realty’s projects in APAC, Garrett explains, are three of Ciena’s cornerstone products. “We're using our new reconfigurable optical line system, which is a state-of-the-art platform with a small footprint, both in terms of size and power consumption. Then, on the modem and transponder side, Waveserver Ai has been one of our keystone products for some time, which can deliver upwards of 400 gigabits per wavelength,” he says, adding that “all of this is managed through our MCP platform.”

Digital Realty and Ciena’s relationship was “already strong from day one, based on our shared history in Europe and North America,” explains Garrett, noting that the collaboration originally grew out of an existing relationship with Interxion, which was acquired by Digital Realty in early 2020. “There's a level of safety and comfort to Digital Realty's choice of Ciena. They know us and know that they can trust us to deliver the right solutions to meet their needs and, by extension, their customers' needs as well,” he adds.

On a personal note, Garrett says he’s found it to be “very enjoyable working with the team at Digital Realty. There's a lot of honesty and straightforwardness in this relationship. If they have a concern, they call it out so that we can address it. There's no second-guessing and that's good for any relationship.”

Looking to the future, Digital Realty’s APAC expansion is continuing at both speed and scale. “They have some significant expansion plans for Asia,” says Garrett. “Our collaboration so far has centred on data centres that they already had up and running that we interconnected, but I know that they have other builds underway in other countries. And we're excited about working with them on some of those future projects.”