How imagine promoted digitalisation in Brunei during Covid19 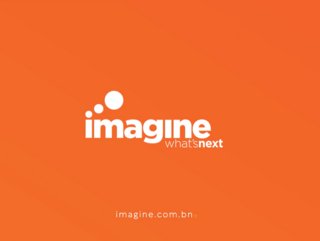 Suzannawati binti Suharju, Chief Executive Officer at imagine, is at the forefront of digitalising Brunei Darussalam and turning it into a ‘smart nation’

Established in January 2020, imagine was formed due to a change in Brunei's telecommunications landscape, inheriting its services from imagine's predecessor, Telekom Brunei Berhad. Imagine's establishment came in the wake of the pandemic, posing its own sets of challenges for a newly established organisation.

Imagine works closely with Brunei’s telecommunications network, led by the Unified National Networks (UNN), an organisation 100% wholly-owned by His Majesty's Government of Brunei Darussalam. This network has over 3,000km of fibre, connecting over 93,000 homes and 250 roaming destinations worldwide.

Imagine is recognised as a successor to TelBru, inheriting its vast broadband clientele and a leading provider of mobile products and services.

Suzannawati binti Suharju, imagine Chief Executive Officer, is on a mission to make Brunei a ‘smart nation’ and one of the most connected places on earth.

“We work very closely with the Ministry of Finance, the Ministry of Transport and Infocommunications. Our collective goal within the industry is to modernise the network and improve the customer experience. The uptake of broadband in the country has increased tremendously. One of the things that we are actively working on is to make sure that broadband and mobile services are affordable, sustainable and accessible to all. As we have branched out into the mobile space, it is now about simplifying everyday and making it easier,” she says.

The ImagineGO mobile application launched in late 2021, converging broadband and mobile services under one platform, while also becoming more active in focusing on online communications such as email, the imagine website and its social media platforms.

But in reality, according to Suzanna, some generations weren’t immediate adopters of the imagineGo app, preferring to be served in one of the company’s 10 branches. But in a small country now gripped by its third wave of COVID, imagine took its responsibility to protect its customers very seriously.

“We introduced digital queuing systems to be able to avoid large crowds, and I'm happy to share that it's been a year and a half now, and people have adapted to the use of our online platforms. We've increased the use of them by about 15%.”

Suzanna has a real commitment to the four pillars that represent imagine's CSR programme: women and children; the underprivileged; education; and, health and wellness.

They provide free data and SIM cards to underprivileged students, have approached private sector companies and the public to call for data donations through the A-Dollar-A-Cheer donation platform via SMS and the imagine website, and they were awarded the Asean Outstanding Social Welfare and Development Award for their community work with children.

At the same time, the entire telecommunications industry was in discussions with MoE (Ministry of Education) and MoRA (Ministry of Religious Affairs) to bring in over 15,000 laptops and 1,000 dongles to supply to teachers and underprivileged students in support of e-Learning during the pandemic. Each telco supplies 10GB of data while also absorbing some of the cost of these devices. This partnership was signed on March 9, 2022, after months of planning and discussions led by UNN. 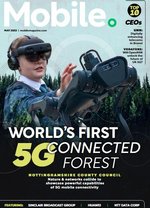