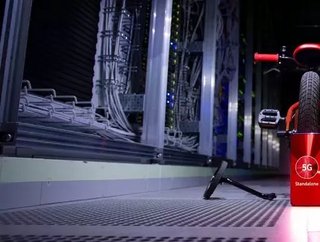 On Monday, Vodafone Germany became the first mobile network operator in Germany to have an active standalone 5G network core. The service will become available to both individual consumers and enterprises for industrial applications this month, and the service - which is being delivered by roughly 1,000 5G small cell antennas - is available in 170 cities and municipalities across Germany.

Hannes Ametsreiter, CEO of Vodafone Germany, commented: “We are clearing the way for real-time connectivity. 5G is standing on its own two feet in Germany for the first time. We are the first network operator to put aside the LTE training wheels for 5G - not for internal tests, but for our customers, who can experience real-time connections.“

So far, Vodafone Germany’s major competitors, Deutsche Telekom and Telefonica Germany, have progressed to the trial stage of launching their own standalone 5G networks, but Vodafone Germany is the first to make such a service commercially available.

In February, Deutsche Telecom announced the start of standalone 5G network trials, the success of which (announced in early March) will be instrumental in not only improving the quality of the carrier’s existing 5G coverage (about 68% of the German population are covered by non standalone 5G, which still relies on existing LTE networks to support connectivity) but expanding the number of consumers reached to 80% by the end of the year.

Although a standalone 5G network launch from Deutsche Telekom appears to also be imminent, Vodafone Germany appears to have beaten its competitors to the punch.

The carrier’s new standalone 5G network core has been developed in partnership with Ericsson, and US chipmaker Qualcomm. Chinese smartphone maker Oppo is also participating in the launch as the “only mobile device provider to participate in the commercialization of Europe’s first 5G SA network,” according to Henry Duan, Vice President and President of Smartphones at Oppo.

It’s worth noting that UK operator EE already launched a standalone network in February, although whether or not that counts as “Europe” any more is up for debate, as is whether or not it counts in general, since the network hasn’t been commercially launched. Similarly, also in February, Vodafone Spain claimed to have orchestrated the “first 5G standalone call” made in Europe in a commercial handset.

5G is a technology of “firsts” and, while these milestones (one of which was set by Vodafone itself) may or may not beat out Vodafone Germany on technicalities, the widespread launch of a standalone 5G network across almost 200 major residential areas of Germany is an undeniably impressive feat.

“5G Standalone brings huge advantages to industry and consumers alike. With faster network response times, users can now harness the power of real-time mobile communication.,” commented Arun Bansal, President of Ericsson Europe and Latin America. “After launching 5G together in Germany, this is the natural next step in our journey with Vodafone. Combining our technology leadership and drive for innovation, we are delivering real 5G, ready for customers to feel the benefits.”