Is standalone 5G the key to improving rural coverage? 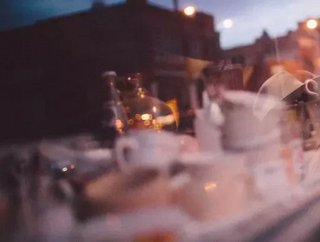 New data from Opensignal shows that T-Mobile’s rural 5G coverage jumped significantly in the wake of the launch of its stand-alone network...

One of the most promising applications for 5G is its ability to extend high-speed, low-latency coverage to isolated, marginalised and rural communities. In the United States, an estimated 55mn people lack access to broadband. In short, roughly 16% of the country’s population are digitally invisible.

The past 12 months have thrown the need for universal internet access into even sharper relief, as the pandemic has forced billions of people to work, learn and connect with the outside world remotely.

Access to the internet, via smartphones and broadband is particularly essential among younger people. In India, the COVID-19 pandemic has seen a string of teen suicides and other tragedies linked to lack of a smartphone or basic internet access. The internet is no longer a luxury or even a commodity; it’s a basic human right that needs to be fulfilled.

Bridging the digital gap between urban and rural, rich and poor, white and minority communities must be an essential priority for the coming decade.

Luckily, 5G might be the solution to some of these problems.

T-Mobile currently has the US’ most advanced 5G network. Opensignal’s 5G User Experience Report, released in January, found that the operator’s availability score grew to 30.1%, up from 22.5% six months previously.

New data released by Opensignal this week points to the launch of T-Mobile’s stand-alone (SA) 5G network as being a key driver behind this service expansion, and notes that rural users experienced the biggest hike in available connectivity and service quality.

“Our users’ time connected to 5G significantly increased after the SA 5G network launched, and there was a larger jump in rural areas compared with urban,” said a spokesperson for Opensignal on Thursday.

T-Mobile’s SA network even has better penetration in rural communities than in urban ones, with coverage of 33.3% in rural areas, and 31.5% in urban spaces.

NSA 5G is very much the stepping stone between 4G and 5G, and is one of the key enablers that has allowed mobile network operators all over the world to roll out 5G at the speeds we’ve seen. However, NSA is not the final step, and telcos everywhere are in the process of making the transition to a SA model as adoption continues.

T-Mobile is one of the early adopters, being the first operator to launch SA 5G services in the US. The benefits to rural communities are already demonstrable and, if the country’s urban-rural 5G divide is to be closed, other operators like Verizon and AT&T need to follow suit soon. Opensignal’s spokesperson added that, “SA is the future of 5G and the future of the mobile network experience.”