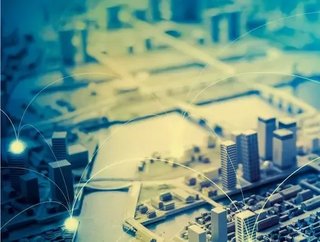 European licensing costs for radio frequencies are in danger of impacting 5G network implementation, say experts, as exorbitant fees are requested at the expense of competition.

According to a report by the telecommunications industry journal Light Reading, Europe’s governments are treating radio frequencies as a ‘cash cow’ with little consideration for the impact spectrum auctions may have on the future of 5G network launches.

The report points out that both Germany and Italy have been questioned over their auction policies, with Italy inflating proceeds at the cost of the telecom industry competition. Meanwhile, Germany has forced up fees by reserving radio frequencies for industrial groups, making license fees more expensive for remaining buyers.

Spectrum auctions have been typically used to distribute the rights to specific bands. But depending on the format used, a spectrum auction can last from a single day to several months from the opening bid to the final winning bid.

Allison Kirkby, president and CEO of the Swedish company, Telia, believes the COVID-19 pandemic has enlarged the digital divide as populations have become more dependent on the Internet to work and communicate.

She said; "We believe digitalisation and addressing the digital divide will be key to boosting society after the pandemic. 5G will play a role here."

Kirkby lauded attempts to regularise spectrum distribution across Europe but said lags at national levels are delaying 5G rollouts. She said that, although Sweden was the first country to launch 4G, 5G will be delayed for Swedes because of the prolonged spectrum auction process.

She also made references to the geopolitical tension over certain suppliers, referring to pressure exerted by the Trump Administration to obstruct the use of Huawei tech in future 5G networks.

Arun Bansal, Executive Vice President and Head of Market Area Europe and Latin America for Ericsson, believes Europe is making a mistake by relying on spectrum auctions. During the recent Ericsson Ringside Session, the organisation of spectrums being awarded were identified as the root cause of Europe's poor 5G progress in comparison to the US and Asia.

Chairman of Global Counsel and former British cabinet minister, Peter Mandelson, described spectrum auctions as “the elephant in the room," after listening to complaints from Bansal that the process is too slow and costly.

Anthony Whelan, digital policy advisor, office of the President at the European Commission, also said that not all member states have used best practices on spectrum auctions and admitted policy was holding Europe back, but added: "all is not lost. We are very early in the game."

Meanwhile, The Trump Administration is moving in a different direction by attempting to nationalise a section of the US 5G networks. The controversial move has been met with condemnation from the telecoms industry and Republican lawmakers. However, industry experts and legislators believe that the tactic is being driven by a petition to compete more effectively with China’s 5G industry.

Last month, the Pentagon published a Request for Information (RFI) to the private sector for details into “innovative solutions and technologies for dynamic sharing of the department’s current spectrum allocation to accelerate spectrum sharing and 5G deployment.”

A report by the Wall Street Journal stated that the Pentagon’s strategy is likely to include the building of a military cell 5G network, that they would then contract out to manufacturing, tech and telecom industry business leaders.

In terms of recovery, the European Commission (EC) is hoping 5G will be part of the solution for nations that have been severely economically hit by the COVID-19 pandemic. The commission recently released recommendations on how the 27 member states can work out a fast and inexpensive plan for installing 5G.

And the Swedish Post and Telecom Agency (PTS) will begin selling 5G-capable spectrum in the 2.3GHz and 3.5GHz bands in November.

The panel also discussed whether it is the role of the EC or national governments to drive 5G deployments and achieve digital transformation objectives.

Kirkby remarked that an EU framework to encourage a collaborative approach was a good idea, adding; “domestic policy and innovation should allow member states to thrive.”