Ericsson boss wants to wait for 6G to embrace OpenRAN 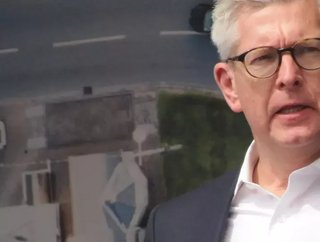 Given that the world is still very much in the grips of the ongoing rollout of a technology which still has yet to fully take off, technology and telecom experts are already talking about the successor to 5G.

However, with major network builder Ericsson feeling increasingly nervous about OpenRAN adoption, its executives are urging investors to wait til the next generation to fully embrace a technology that represents a much bigger threat to its bottom line than Nokia or Huawei ever did.

As early as September of last year, the South Korean government touted its plans to launch 6G services as early as 2026 - which would not only make 5G the most expensive telecommunications technology generation in history, but also the most short lived - and just about everyone, from Samsung to Google, Huawei, and Apple are all tinkering away on it behind the scenes in some capacity. The general atmosphere is that, if everything is going to keep on accelerating nigh-exponentially, there’s no way that anyone is going to let themselves get left behind - and so the upgrade cycle gets even faster.

None of this sounds all that sustainable, and taking into consideration the fact that the number of 5G users worldwide isn’t even expected to hit a billion until 2022, it might be worth taking a breath and parsing the hype a little more carefully.

For example, even 5G is still grappling with questions of its impact and legacy. 4G gave us Uber, Deliveroo, Netflix, and a host of other services that firmly centred modern life on our smartphones, and steered countries like the US firmly in the direction of the gig economy. Kind of a mixed bag, all told.

There’s a lot of speculation about what the “Uber” of 5G will be and, while ideas about fleets of autonomous vehicles and ultra-low-latency IoT networks are definitely starting to take vague shape in the enterprise space, most consumers are being left with a higher bill and the ability to stream 8K resolution pornography on the go - and even then usually just in the city.

OpenRAN: a bigger threat to Ericsson's bottom line than Nokia

However, 5G is definitely getting there and, according to Börje Ekholm, the boss of Ericsson (which is basically building about 50% of the world’s 5G networks), some of the lessons being learned along the way will play a very significant role in the way that the 6G revolution plays out - whenever that may be. However, he'd also prefer it if they would leave the current 5G revolution for now while Ericsson still holds the biggest slice of the pie.

In a Q2 earnings call last week, Ekholm admitted that, while a key component of the development of 6G is likely to be Open-RAN technology, Ericsson is still a few years away from figuring out how to monetise it and, as a result, it would be best if the technology remained on the fringes for now, thank you very much.

In short, OpenRAN is an approach to building infrastructure that allows different components in a radio access network (RAN) to be sourced from different vendors, rather than have the whole network be produced by a single company, like Nokia, Huawei or, um, Ericsson. Given the fact that OpenRAN would, at face value, seem to represent an industry wide assault by smaller firms on its two giants (Huawei doesn’t count anymore), Ekholm was understandably keen to kick the problem down the road a few years.

“It’s a here and now question, where we do believe the purpose-built networks actually can deliver the performance that’s required in 5G today,” he said during the earnings call. “By the time OpenRAN is ready, we will also be there with solutions, but we don’t feel it’s the right time right now and divert focus from actually what goes on in the market.”

WHile Ericsson has so far been keeping a lot more schtum about OpenRAN than its main competitor Nokia, the Swedish communications giant has reportedly been “very active” in the various bodies working to develop the technology standards that would allow various participating companies in an OpenRAN network to get their tech to talk to each other.

Ericsson is hoping, it would seem, that it can stave off the OpenRAN revolution for a few more years, however, with Ekhoff adding that “It will take a few years before we have a fully operational O-RAN solution.” So far, it would appear as if he's on the money, with a Deloitte report from December noting that OpenRAN adoption was proceeding slowly. Although those same analysts also said that those OpenRAN networks “could easily double in 2021. While it may take anywhere from three to five years for the technology to fully mature, open RAN adoption should accelerate rapidly thanks to the logic of its network design and its strategic alignment with carrier needs.”

“O-RAN will be a fundamental part of the 6G solutions. That’s no question in my mind. But exactly how it’s going to pan out in the meantime, I think remains to be seen,” he said.