Dish selects Dell for its US 5G network 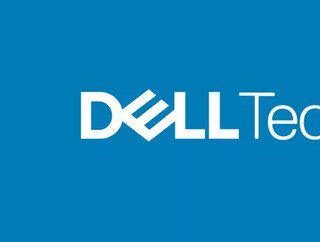 Dish has selected Dell to provide parts for the infrastructure for its 5G network based in Nevada, Las Vegas

Dish Network has today announced that it has chosen Dell Technologies to supply key parts for the 5G infrastructure it is constructing in the city of Las Vegas, Nevada in the United States.

The company says that the 5G service will be launched in the city later this year as it commits to U.S. regulators providing 70% of the population with its network by mid-2023. Dish is planning to build the network from scratch, unlike other companies which prefer to upgrade their existing networks with 5G speeds and capabilities.

Talking about the new network, Dennis Hoffman, Head of Dell's Telecoms Systems Business.“For us, it begins with an infrastructure platform that’s open and industry standard. “There’s a priority on the ability to scale globally and provide stability”.

How will Dish’s 5G network be constructed?

To build the network, Dish plans to use Open Radio Access Network (O-RAN) technology, which uses software to run several network functions on standardised computing hardware, instead of purchasing the gear from a telecommunications-specific provider.

Using the technology allows Dish to mix hardware and services from different vendors, with the company previously announcing deals with Fujitsu Ltd for cell-tower gear, and Amazon Web Services (AWS) for cloud computing.

As part of the agreement, Dell will provide Dish with computer servers located at the bottom of cell towers to analyse data in favour of sending it to a central data centre, which would cause delays, Dish said.

The deal provides Dish with a U.S. customer for the O-RAN technology, while earlier this week, Vodafone announced that Dell would also help it build the first 0-RAN 5G network in Europe.

Marc Rouanne, Executive Vice President and Chief Network Officer of Dish, said: "We can put the servers at the bottom of the tower, or we can centralise 10, 15 or 50 sites. The beauty of this edge cloud is the software can be placed where we want it”.

5G in the United States

The rollout of the fifth-generation network in the U.S. is well underway with significant uptake and opportunities for innovation, economic development, and improved consumer experience.

The advancement of 5G is expected to add up to US$1.5trn to the U.S. national gross domestic product (GDP) by 2025. It is also expected to contribute to 2.39mn jobs in California alone with New York and Texas forecasted to add more than US$130bn to the nation’s economy.

The 5G connection forecast is expected to reach 218mn users by 2024, and the current fastest downloaded speed obtained was 437.5Mbps on Verizon’s 5G network.