Built on Silicon: the Future of 5G 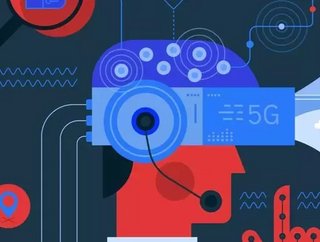 Robert Moffat of MediaTek discusses the global rollout of 5G, and how systems on a chip are powering the next generation of AI, ICT and the IoT...

2020 was a pivotal year for the telecommunications sector, and 2021 has the potential to have an even greater impact on the ways in which we work, play and interact using technology. In particular, the past 12 months saw the rollout of 5G sweep across the world faster than any major technological advance in history. The speed of adoption, however, has caused issues of its own, creating glaring disparities in the market and making the technology’s teething problems more acute.

This year, as the COVID-19 pandemic continues to impact the ways in which we live and work, 5G has the potential to start showing signs of maturity, as the technology’s problems are solved, as well as continue pushing the envelope with regards to innovation.

At the heart of 5G evolution for both the consumer and the enterprise is the system on a chip (SoC), an integrated circuit containing all the elements of a functional computer, from the CPU, GPU and memory to radio modems and secondary storage.

“The SoC market is always evolving and this past year has been a true testament to the innovation taking place within the 5G space,” says Robert Moffat, Deputy Director of Sales and Business Development at MediaTek Europe. Headquartered in Taiwan, MediaTek is one of the world’s leading makers of SoCs, and at the forefront of 5G hardware innovation.

2020, according to Moffat, saw incredible progress in the global 5G SoC market. “At the beginning of 2020, the 5G market was quite limited in terms of network availability and device choice – China was typically considered the ‘early adopter’ and more often than not, 5G capabilities were limited to flagship devices with a significant gap in pricing between 4G and 5G models,” he reflects. “As the year evolved, and despite the pandemic, we saw network operators continue to roll out 5G capabilities and expand their offering into most regions including Europe and North America.” MediaTek itself launched a new line of Dimensity 5G SoCs designed to meet demand for flagship and mass market devices, including the Dimensity 800U and Dimensity 700, which deliver 5G capabilities into more mid-range and budget devices. By the end of the year, the company had shipped 45mn Dimensity 5G chipsets. This year, Moffat says that MediaTek’s plan is to “truly make 5G accessible for all.”

The pace at which 5G has gone from isolated tests to commercial launches to increasingly widespread adoption has been phenomenal. The speed at which the technology has begun to reach mainstream adoption compared to previous generations is, according to Moffat, a matter of available applications. “When 4G arrived, content providers couldn’t widely benefit from OTT services for highly demanding capabilities like HD movie streaming – it risked being staggered and low-quality, despite the benefits of the 4G network itself,” he explains. “This limitation was overcome in time with better access to content and now, as 5G becomes more widely deployed, users can benefit from a better streaming experience immediately.”

The 5G rollout, he continues, has also benefited from greater efforts to standardise and accelerate the process from a regulatory perspective, with the EU Commission orchestrating 5G launches in every member state by the end of last year, and plans in place to support uninterrupted coverage in urban areas and along major transport routes by 2025.

The EU Commission notes that 5G is an essential building block for the region’s digital economy going forward. Moffat adds that, in addition to faster speeds deliverable on handsets and the potential for 5G fixed wireless access to bring current-gen connectivity to remote areas, “As 5G matures with ultra-reliable low latency communication (URLLC) features, it will support mission-critical applications such as industrial internet, smart grids, remote surgery and intelligent transportation systems.”

The future is built on silicon

At the heart of a successful 5G rollout are little squares of silicon. The kinds of innovation that companies like MediaTek are working on have the potential to solve a great deal of the teething problems being experienced by 5G, allowing the technology to unleash its full potential.

“New 5G chips will help to alleviate bandwidth challenges, provide faster response times as well as increase data security for the user,” says Moffat. “If we take edge computing, for example, 5G chips, such as the MediaTek Dimensity 1000 chipset, feature the most powerful edge AI hardware in a smartphone. This means data can be held locally without the need to upload to the cloud – saving on bandwidth and reducing packet loss during the transmission of data.”

The next 12 months will see 5G begin to touch the lives of more people than ever before, supported wholly by cutting edge chipsets designed to harness ultra-low latency, high-throughput communication to deliver bold new advances in IoT, AI, video streaming, online gaming and just about every other aspect of a modern, digital world.