How can WDM technology facilitate the transition to 5G? 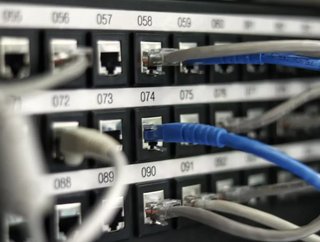 Marcin Bala, CTO of Salumanus, discusses the challenges of implementing 5G connections and how WDM equipment might be able to solve them

Imagine a heavily trafficked motorway - to reduce congestion, you can either build multiple secondary roads or divide the existing lane into several lanes to allow traffic to flow better. The second solution, the most efficient and cost-effective, can help us visualise how wavelength-division multiplexing (WDM) technology works. Here Marcin Bala, CTO of telecommunications solutions provider Salumanus, explains its use for facilitating the deployment of fifth generation mobile networks.

5G wireless networks promise to deliver transmission speeds of up to 20Gbps and practically without delays, thanks to ultra-low latency rates of somewhere between 5ms and 20ms. For comparison, 3G mobile networks had latencies of hundreds of milliseconds and 4G networks started at 100ms and moved down to about 70ms.

5G networks allow free connection of up to a million devices per square kilometre, meaning that an unprecedented amount of data could be transmitted at mind-boggling speed, revolutionising sectors as diverse as precision manufacturing, healthcare, banking and public security.

However, despite the virtually unlimited potential of 5G networks to improve communication systems and allow the wide-scale adoption of IoT equipment, such momentum in the deployment of wireless Internet access brings some concerns.

In applications such as transport safety, public health protection and communications in emergency situations — such as in the case of natural disasters — the network will have to cope with safety requirements that no previous communication technology has had to deal with on such as massive scale.

Considering the advantages that the new networks generation has to offer, the question arises — will 5G replace all fibre-optic communication currently used?

The solution for the last mile

While ‘radio’ will replace ‘light’ in the last mile, it seems quite obvious that the network backbone will still be ruled by optical fibre, as in 4G LTE technology. This is why operators who offer both wireless and fibre-optic Internet are in the sweet spot. They will be able to reduce investment costs by using their existing FTTx networks as backhaul networks for 5G, since both technologies can coexist on the same optical fibre.

In this case, wavelength-division multiplexing (WDM) technologies, which allow many independent transmissions to run on one optical fibre, will be ideal to facilitate the transition. Naturally, it’s much easier to build a dense infrastructure of transmitters when you just have to allocate part of the bandwidth in an already existing cable, rather than running separate cables for each of them.

Current fronthaul solutions that meet the high bandwidth and low latency requirements include both passive and active WDM systems. The difference is that while passive solutions are installed directly into existing network devices such as routers and switches, active ones have a clear demarcation or border, made up of transponders and muxponders, between switches or router and the WDM network.

Regardless of whether operators are using passive or active solutions, the basic assumption with WDM solutions is that both Antenna Active Units (AAU) and Distributed Unites (DU) will be equipped with optical modules using WDM technology. In this way, multiple AAUs can share the same fibre, eliminating the need for redundant infrastructure.

So, even though the first implementation of a WDM network dates back to more than 20 years ago, this technology is still incredibly relevant to ensure a safe and stable backbone for cutting-edge technologies, such as 5G.

For personalised advice on how WDM technology can future proof your network infrastructure, you can get in touch with the expert telecommunications engineers at Salumanus.