Chief Technology Officer Clive White discusses Arqiva’s ongoing digital transformation and the benefits it is bringing for itself, customers and suppl...

Clive White is Chief Technology Officer for Arqiva. “We’re the leading broadcast provider in the UK covering TV and radio. That also extends to other digital delivery services through satellite and over the top services. The other focus area is more broadly called utilities, which predominantly focuses on smart metering across three energy sectors.”

In a changing industry caused by the introduction of new technologies such as streaming services, Arqiva is ensuring that it remains on top of innovation. “We are positioning ourselves to be the bridge between traditional and modern,” says White. “We do everything from analogue radio all the way through to video on demand services delivered over IP and satellite. So we've got a broad range of technologies and services that we can integrate and help the industry segments we play in to from traditional to modern as well.”

The digitalisation of the industry has revealed the potential of commensurate internal changes. “As we've moved into a more connected world, silo and legacy systems have become more exposed,” says White. “That’s why, when I arrived, the board set up a new role on the executive committee to drive and own transformation.” The company is in the midst of a multi-year, large scale transformation of both customer facing and internal services. “We’re undergoing a finance transformation, which involves the implementation of an Oracle system, a transformation in our site assets underpinned by a product called Siterra and we’ve just launched a new platform on ServiceNow which has enabled us to retire four separate remedies systems. On the back of that, we’re integrating all of our network OSS systems in ServiceNow.”

White credits a focus on culture as driving the transformation programme through. “Many organisations of which I've been part will spend a lot of money and time deploying systems and tools, and then wonder why they’ve not been fully effective, not been liked and have come in over budget and late. So making sure you have an organisational change program wrapped around your technology change is essential.“

White’s immediate focus is on landing the transformation in the next 14 months. “At that stage, we'll have replaced all of our core systems, going from a legacy, siloed set to fully joined-up. We need to make sure that we're maximizing the benefit that gives us, with some big changes in terms of efficiency and ways of working that we’re deploying internally, but also starting to connect to our suppliers and our customers.” On that point, White is clear that the benefits are not just internal, but extend to outside stakeholders. “We're now starting to connect to our customers digitally, and we can get them to ask us to do things automatically via APIs. We're starting to kill the phone and email to improve the level of connectivity between us and our customers and suppliers. It’s about fully embracing the digital landscape and making sure that things are as automated and efficient as possible to offer more value to our customers.” 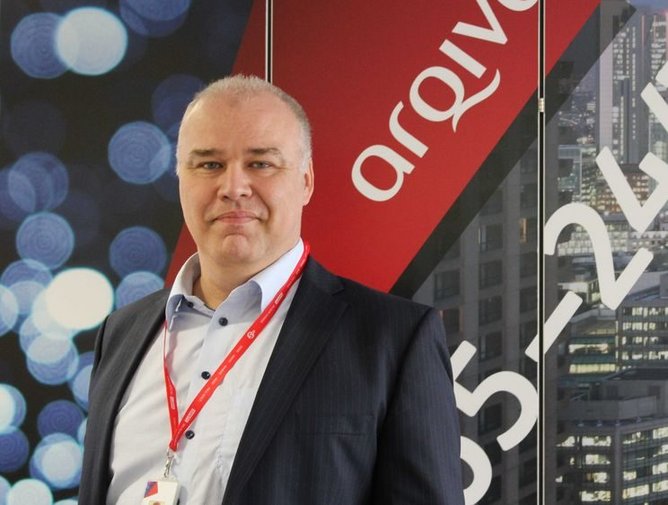