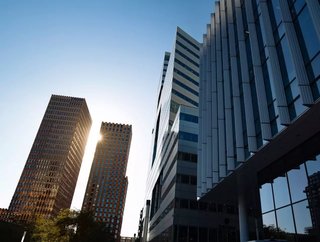 VEON, a global connectivity, and internet service provider, has sold its tower assets in Russia to Service-Telecom for US$957mn

VEON, a leading global provider of connectivity and internet services, has announced today the sale of its Russian tower assets to Service-Telecom for US$957mn.

Following the agreement to sell VEON’s mobile network towers in Russia to Service-Telecom, announced on 6 September 2021, regulatory approvals have been obtained by the parties and this transaction has now successfully completed, VEON said. The transaction involves the sale of 100% of National Tower Company (“NTC”), a subsidiary of VEON, which operates a portfolio of approximately 15,400 mobile network towers in Russia.

Kaan Terzioglu, VEON’s CEO, said: “I am encouraged by the successful conclusion of this transaction and look forward to building our partnership with Service-Telecom. This transaction unlocks the value of our infrastructure assets in Russia and allows the release of capital to further optimise VEON’s balance sheet while at the same time achieving more financial flexibility for the group”.

The purchase price for the transaction US$957mn equivalent corresponds to an EV/EBITDA multiple of 11.7x based on the projected EBITDA of National Tower Company post-completion. VEON says it has received a payment of US$872mn equivalent at closing and the balance of certain deferred amounts will be due and payable over the next three years. The proceeds from this transaction will be used to reduce Group external debt.

The conclusion of this transaction paves the way for the establishment of a long-term partnership to a master tower agreement that has been entered into between PJSC Vimpelcom and Service-Telecom.

Service-Telecom CEO Nikolay Berdin, said: “Following a highly competitive tender process, we completed this historical, first-ever, tower transaction in the Russian market. This highlighted the financial capabilities of the group and demonstrated the expertise of the Service-Telecom team both in its ability to manage the tower business and M&A. By entering this transaction with VimpelCom, we'll continue to successfully run the business to develop a national mobile network infrastructure that matches the country's ambitions.”