How can fixed wireless be used to close the digital divide? 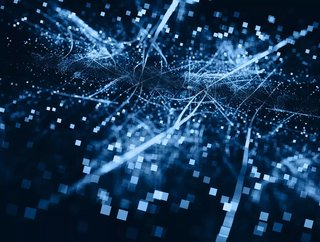 Antony Holmes, Vice President of Engineering, Cambium Networks, says "it is time to expand our toolkit" when closing the digital divide

Providing people with the connectivity needed to lead their lives is a critical issue for the future success of any country. The UK government is working to meet its target of providing 85% of UK premises with gigabit broadband access by 2025, but there is no guarantee that this target will be met.

According to independent analysis by Think Broadband, 45 percent of premises in the UK have access to gigabit internet speeds. For a long time in the UK, the focus on fibre has prevented gigabit connectivity being expanded as widely as it could have been, perpetuating a situation where many communities are underserved. At a policy level, the insistence on using fibre has been abandoned.

Now, with a technology-agnostic approach, the UK’s Project Gigabit rollout should consider wireless technologies to deliver reliable and affordable broadband connectivity across the country.

At the beginning of August, the government announced that 2.2 million more homes across 26 counties in England would have access to gigabit speed internet connection under its £5 billion Project Gigabit plan. However, analysis published by Three UK and CSS Insight, argued that a reliance on fixed-wireline copper technology in rural areas was slowing the delivery of gigabit services, threatening the 2025 target. Meeting the government’s aspirations is possible, but it requires innovative thinking around technology and regulation.

Fibre has a role in delivering gigabit connectivity to the UK, but fixed wireless access will also play a part. Whilst 60 GHz technology has been around since 2010, in more recent years the systems and chipsets needed to create a reliable platform have become more widely available. Today, fixed wireless access using 60 GHz technology is capable of delivering gigabit speeds, and can do so with installations taking a matter of weeks at a very low cost. Not only does it avoid the planning and installation costs associated with putting fibre cables in the ground, but the cost of the 60 GHz radios also continues to fall.

As such, the prospect of affordable gigabit-speed internet for people in all kinds of circumstances becomes considerably more viable.

From urban to rural to enterprise

It is also the case that 60 GHz fixed wireless access is highly effective across more environments and use cases than was initially envisaged. As well as providing clear benefits in rural locations, such as the wilds of the Scottish Highlands or Dartmoor, there have also been deployments in dense city areas and enterprise settings. These have shown the value of fixed wireless in sectors that are typically thought of as being best served by fibre. For example, in Malaysia, 60GHz FWA is being used in Penang, avoiding the need to trench fibre in a UNESCO heritage city whilst delivering multi-gigabit internet infrastructure.

Fixed wireless technology clearly provides a way to significantly increase the availability of gigabit broadband at a far lower cost and in a shorter timeframe to that we are currently experiencing. People are desperate to access data, and it is imperative that we work to find new ways to deliver reliable connectivity to them. As the greater delivery of education and healthcare services during the lockdowns of recent months show, the digital divide is not an esoteric term. For many, it is reality. As more services that are critical to living our lives move online, we need a better appraisal of the benefits that technologies beyond fibre can deliver to people in underserved UK communities.