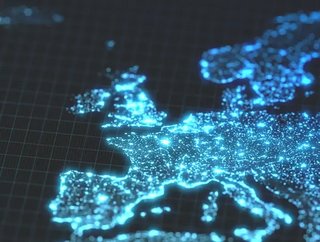 Despite clear ambitions to change the status quo from governments across the world, there is still a major disconnect between connectivity in urban and rural areas. Where gigabit internet access deployments have often been successful in cities, in remote locations they mostly have not.

Fibre-to-the-home has long been long heralded as the solution to connecting the world to high-speed internet. Most recently, the US government pledged $100 million towards fibre deployments; Spain promised to deliver nationwide full-fibre coverage to its citizens by 2021; and in the UK, the government is constantly moving the needle on its pledge to connect every home by 2025. According to the European Commission, Latvia, Spain and Iceland were more than 80% connected to full-fibre coverage in 2019, but this has remained static since.

So, while it has been possible to connect the first 50% of a population at speed, delivering beyond that point becomes increasingly difficult.

There are a host of specific barriers which contribute to why fibre deployments struggle to deliver for everyone, particularly those in sparsely populated areas - from high costs and logistical challenges to administrative hurdles. As fibre alternatives like fixed wireless access (FWA) solutions become more and more sophisticated, can they be applied to fibre projects to help providers deliver for the last mile?

When it comes to large scale broadband projects - like connecting whole populations - cost is what determines success. By now, telecom providers know that there is a significant proportion of developed countries’ rural homes and businesses that are unlikely to ever get access to fibre. This is because fibre deployments require an arduous and expensive process of digging and inserting cables into the ground where they are not already present. Telcos can easily make a return on such investments (ROI) in densely populated areas. However, it is more difficult to justify the significant investments in areas with fewer homes and businesses as ROI is not guaranteed.

FWA offers an affordable solution to this problem since its wireless access points can be erected at a fraction of the cost of fibre deployments. Furthermore, the reach of an existing fibre point of presence (POP) can be extended using an FWA access point which communicates wirelessly with other point-to-point access points via antennas. This system vastly reduces the cost of materials, including large stretches of cabling and significantly reduces construction costs. Ultimately, these savings trickle down into the cost to the end-user, making it a much more attractive option for customers living and working in rural areas.

In addition to the exorbitant costs of installing fibre in rural terrains, there are other factors which prevent more sparsely populated areas from being hooked up to full-fibre broadband. Many of those reasons are environmental.

As fibre cabling requires large stretches of unobstructed land to plot point-to-point connections, they must be granted requisite permissions from local councils and private landowners. This means that the process can be agonising before the physical labour has even begun.

With FWA deployments, physical obstacles are less of a problem. FWA access points can be erected at a fraction of the time and cost of fibre, and with minimal disruption to the landscape. Therefore, deployments are much more flexible. Access points can be strategically placed to avoid major obstructions such as forests or valleys. This way protected areas can remain undisturbed while connectivity is allowed to pass through uninterrupted. Comparatively, over long distances this would be either too costly or disruptive to achieve using fibre alone.

Up until recently, wireless has been unable to match fibre speeds. But this is no longer the case. FWA is now capable of delivering gigabit speeds that match fibre solutions. For a while, satellite internet was considered to deliver high-speed internet to harder-to reach communities. In terms of coverage density, though, satellite is not appropriate to deliver for densities in Western Europe.

Many businesses can now benefit from operating outside of expensive, highly built-up urban areas. Because if this, there is higher demand for wireless connectivity solutions that can cope with latency-sensitive applications like IoT, augmented reality (AR) and virtual reality (VR). These, of course, come with a plethora of risks.

So, for high-risk industrial IoT like connected facilities maintenance or a smart factory, where failure to function may have costly or dangerous results for stakeholders and employees, there really are only two options for truly reliable, high-speed connectivity deployments. These are fibre, or FWA.

Because FWA, in particular the 60GHz band, is capable of super-low latency gigabit speeds, it offers a great solution for large-scale IoT projects. These solutions are ideal for manufacturing or farming IoT innovations needed far away from even the nearest fibre point of presence. In areas where fibre is not yet present and is unlikely to ever be available, FWA can be deployed quickly to grant equal access to gigabit speed connectivity for everyone, everywhere.

In the UK, the national communications regulator Ofcom permits MSPs to charge more for full fiber services to help accelerate country-wide rollout. Unfortunately, this incentive has not been as successful as originally hoped. As a result, many suburban and rural areas are still being bypassed as operators fear they will be unable to secure a healthy return on their investment.

Now that the momentum around FWA is building, the benefits of integrating deployments into national high-speed rollout plans become much more compelling. Projects in the US, such as Facebook’s Terragraph deployment of FWA for high-tech use in Menlo Park, California., offer evidence of progress. Telecom operators and governments should now be considering how they can support existing strategies to protect their investments and finally tackle the most difficult-to-reach citizens at speed.

In doing so, fibre-centric telcos can open up untapped revenue streams. For the benefit of wider society and the recovering economy, MSPs should lean into the momentum currently gathering around FWA. By accepting the limits of fibre and embracing the possibilities of FWA as a complementary solution, a new tool in the toolbox, internet providers will support a high-speed internet revolution that is not only successful, but affordable for all.