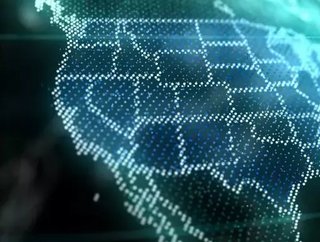 As part of his $2.3trn infrastructure plan, President Biden wants to invest $100bn in “future proofing” US wireless internet infrastructure...

At a press conference in Pittsburgh last week, US President Joe Biden revealed that his administration plans to spend $100bn over the next eight years in order to dramatically expand and improve high-speed broadband coverage across the country.

“Americans pay too much for internet service. We’re going to drive down the price for families who have service now,” said Biden, following the unveiling of his $2.3trn federal investment proposal earlier last week.

The plan, a White House spokesperson later confirmed, would see the US Government invest heavily in “future proofing” wireless infrastructure in underserved and marginalised areas, as well as provide support to local government, cooperatively owned and not-for-profit networks.

According to the Associated Press, currently around 20 US states have legislation in place that restricts the ability of local governments and other non-corporate groups to provide local broadband services. By giving these operators a leg up when it comes to competition with the country’s major carriers, like AT&T, Verizon and T-Mobile, is expected to help create the drop in prices the Biden Administration’s plan hopes to achieve.

According to the FCC, the number of Americans with access to sub-par internet (defined as speeds of 25mbps and upload speeds of 3mbps or lower) was around 14.5mn as of the end of 2019. Additional figures released by the White House, more than 30mn Americans lack access to high speed internet, and a significantly larger number can’t afford it, even if such services are available.

With the COVID-19 pandemic continuing to raise the number of people working remotely, improving broadband access across rural and marginalised communities is increasingly becoming an essential step towards ensuring their occupants can participate in the modern digital economy.

Larry Irving, a telecom official in the Clinton administration praised the step, saying that, “The simple act of recognising that poverty is a bigger indicator of lack of access than geography is a huge statement.”

Republican politicians are already vocally opposing the plan, with Cathy McMorris Rodgers of Washington, the Republican ranking member of the House Energy and Representative Commerce Committee, said Biden’s plan would “hurt private investment in our networks without actually closing the digital divide.”

Similarly, the US telecom industry’s representatives in Washington have spoken out against the announcement. Michael Powell, head of the telecom industry trade group, said that that move “risks taking a serious wrong turn in discarding decades of successful policy by suggesting that the government is better suited than private-sector technologists to build and operate the internet.”

However, the increasing role of internet access as an essential utility makes its continued privatisation an ever more sticky issue. Los Angeles Times business columnist, David Lazarus, wrote in October of last year that, “many Americans know full well that there are three things they can’t live without. Two of them are power and water. The third, I’m sure, will be obvious to all. Internet access.” Lazarus adds that it is painfully obvious that the internet has grown into a utility “and internet access should be regulated as such.”

Utilities, by their very definition, are both necessary to function in a society, and access to them is regulated lest the private sector abuse that necessity in order to drive profits at the expense of human safety, comfort and dignity. Look at the US healthcare system - a service which is regulated and treated as a public utility and human right in many other parts of the world.

In the US, which has privatised healthcare, the average spent on healthcare costs per person is roughly double the global average - with the difference being funneled into the balance books of the private health insurance, pharmaceutical and primary care companies that provide the service without government regulation. The issue has become so globally prominent that a leading Normegian university recently issued guidelines (which it has now re-worded following something of a public relations firestorm) for students studying abroad to return home due to the COVID-19 pandemic, especially “if you are staying in a country with poorly developed health services and infrastructure and/or collective infrastructure, for example the USA.”

As access to the internet becomes increasingly essential, so too does the need for the government to regulate its provision as an essential service. Susan Aaronson, director of the Digital Trade and Data Governance Hub at George Washington University said recently that, “It is an essential public good and should be embedded in the law as some nations do. It is essential to equality of opportunity, access to credit, access to other public goods, access to education.”

Biden’s new $100bn is alarmingly light on the details. However, if such an initiative has provoked this kind of viscerally negative response from corporate telecom lobbyists and members of the Republican party (on what the Associated Press affirms is a bipartisan issue) then it’s probably safe to assume it’s a step in the right direction.