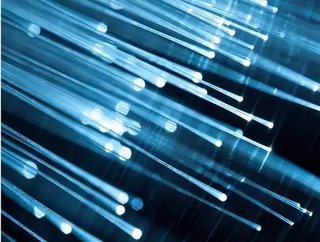 A new report revealing misleading advertising for fibre networks has resulted in the FTTH Council Europe calling on policy makers to intervene.

The intervention follows new evidence that consumers are confused about the performance of broadband access technologies.

The report, titled “Identifying European Best Practice in Fibre Advertising” found that European customers have trouble identifying the best-performing networks because they are confused by the terms used to market broadband technology. The language often leads consumers to believe they have fibre access when they do not.

According to the study’s findings, lack of communication and comprehension in two key areas are the most likely reason for the confusing advertising.

After examining all the data, the report’s researchers suggest misleading advertising could be prevented by the National Regulatory Authorities or the Telecom Ministries of the countries in question, rather than by the Advertising Authorities.

Recommended interventions to clarify information, include better labelling of equipment and banning the use of the word ‘fibre’ except in instances where the fibre genuinely reaches a home or business premises.

Mandatory labelling schemes may also be adopted to address to the problem.

Vincent Garnier, Director General of the FTTH Council Europe said clarity on the issue was essential. “We call on European policy-makers to address the issue of misleading advertising and we believe that when assessing cases, the experience of NRAs would make a huge difference,” he said.

Garnier continued, “The revision of the Broadband Cost Reduction Directive is also an opportunity to address this critical issue and the FTTH Council Europe proposes the introduction of a ‘fibre-ready’ label for new buildings and major renovations.”

Eric Festraets, President of the FTTH Council Europe, added, “Italy and France have shown that the problem of misleading advertising for fibre products can be tackled. There are a number of positive examples of controls on fibre advertising and the FTTH Council Europe believes that now is the time to take action at EU level so that all European consumers and businesses can make an informed choice about the products which are available to them.”