Your smartphone knows when you're drunk 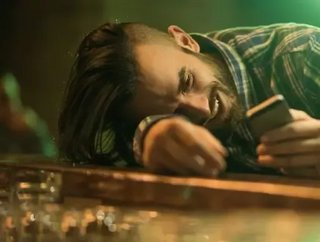 The study predicted with 90% accuracy when participants had a BAC above the legal limit...

According to a new study published in the Journal of Studies on Alcohol and Drugs, your smartphone could soon be used to detect when you’ve had too much to drink.

By measuring changes in the way people walk, a team of researchers led by Brian Suffoletto, M.D., with Stanford University School of Medicine's Department of Emergency Medicine has been able to detect with approximately 90% accuracy when someone’s blood alcohol level concentration exceeds the 0.8% legal limit.

Suffoletto explains that having access to real-time information about intoxication could be important for helping people reduce alcohol consumption, preventing drinking and driving or alerting a sponsor for someone in treatment.

"We have powerful sensors we carry around with us wherever we go," Suffoletto said in a press release earlier this week. "We need to learn how to use them to best serve public health."

According to the US Department of Transportation’s National Highway Traffic Safety Administration (NHTSA), any fatal road accident involving a driver with a blood alcohol concentration in excess of 0.8% is counted as an alcohol impaired driving fatality.

In 2018, there were 10,511 fatalities in motor vehicle traffic crashes in which at least one driver had a BAC of .08 g/dL or higher. This totaled 29% of all traffic fatalities for the year and is equivalent to one alcohol impaired driving fatality every 50 minutes.

"I lost a close friend to a drinking and driving crash in college," says Suffoletto, explaining that his team’s research is more than simply academic to him. "And as an emergency physician, I have taken care of scores of adults with injuries related to acute alcohol intoxication. Because of this, I have dedicated the past 10 years to testing digital interventions to prevent deaths and injury related to excessive alcohol consumption."

The study took a small group of 22 adults aged 21 to 43 and gave them a mixed drink containing enough vodka to produce a blood alcohol concentration of 0.20%.

Participants were then measured hourly using a smartphone attached to their lower backs. They walked a straight line for 10 steps, turned, and walked back each hour for seven hours. Using the smartphone to measure acceleration and mediolateral (side to side), vertical (up and down) and anteroposterior (forward and backward) movements, researchers were able to accurately predict when participants had enough alcohol in their systems to put them over the legal limit.

There are already several products in development and on the market which aim to use our mobile devices to limit the harmful effects of mind-altering substances. San Francisco-based company BACtrack sells a line of mobile breathalysers which connect to a smartphone app, allowing users to get an accurate reading of their blood alcohol concentration, as well as a projection of when the number will return to 0%.

Another Toronto-based startup, Personal Drink ID a small, USB-sized device which will alert your phone if it detects that your drink has been spiked with common data rape drugs like Rohypnol and GHB.

Given the power of the modern smartphone to collect and process data in real time, using the cloud, or in conjunction with wearable gadgets, these tools could become invaluable in the fight against alcohol and substance-related injury and death.

Despite the study’s small sample size, and the fact most people don’t carry around their cell phone’s attached to the small of their back by an elastic band, Suffoletto said that the results are extremely promising. They plan to perform follow up research on larger groups of subjects carrying their phones in their pockets or hands.

"In 5 years, I would like to imagine a world in which if people go out with friends and drink at risky levels," Suffoletto says, "they get an alert at the first sign of impairment and are sent strategies to help them stop drinking and protect them from high-risk events like driving, interpersonal violence and unprotected sexual encounters."