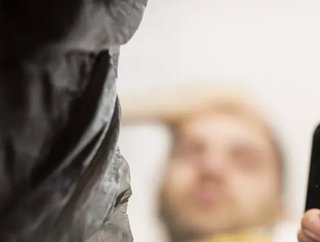 Despite brief moments in vogue, biodegradable technology and smartphones have never managed to make it work. Now, maybe it’s time.

More than 300 million tonnes of plastic are (conservatively) estimated to be produced every year. For a little context, that’s roughly the weight of the entire human population. Every year.

To make matters infinitely worse, experts estimate that just 10% of that plastic is recycled even once, meaning 90% of the solo cups, drinking straws, and smartphones we make will reach the end of their usefulness and be consigned to a landfill for roughly 450 years. That means that, if Shakespeare crushed a cold one while reading a first edition of the King James Bible and listening to a friend talk about the death of Galileo, and then threw away the cup, it would only now be starting to decompose.

Another troubling issue when it comes to smartphones and electronics in general is e-waste - a catch-all term for the millions of tonnes of nonbiodegradable components in our smartphones, tablets, laptops, servers, microwaves, etc. that get discarded on a regular basis. Data gathered by the United Nations’ Global E-waste Monitor 2020 released earlier this year found that a record 53.6 million metric tonnes of e-waste were generated worldwide in 2019 - a 21% increase in just five years. At the present rate, by 2030, the amount of e-waste generated every year will exceed 74 million metric tonnes.

Some of the most troubling components of e-waste are the rare earth elements (including gold, platinum, and zinc) which, if we wanted, could all be recycled. However, the UN’s report found that, in 2019, a shockingly low percentage - just 17.4% - of e-waste even made it as far as a recycling plant. The rest - including a “conservatively estimated” $57 billion dollars worth of gold, silver, and other high-value, recoverable metals were “mostly dumped or burned rather than being collected for treatment and reuse.”

So, with global smartphone sales only expected to rise, over the coming decade, how do we tackle the problem of e-waste? Some - myself included - are big proponents of regulation and carbon taxation along the entire lifecycle and supply chain that encourage manufacturers to build handsets with longer life spans, not to mention harshly punishing those that build and sell phones with planned obsolescence built in.

Rental phones, modular devices that are easier and cheaper to repair, and designs that use less plastic are all viable and important parts of the solution to this massive, thorny problem.

I’d like to propose another solution, however. It might be the most outlandish-sounding way to cut down on plastic pollution and e-waste, but the really shocking thing is just how old an idea it is.

Biodegradable synthetic polymers have been in the works since the 1950s, and the technology even reached a point approaching maturity by the 1980s. Unfortunately, issues ranging from the performance of these polymers and - far more importantly - the cost of manufacturing them, has prevented widespread adoption. A lack of regulatory encouragement and incessant lobbying from the petrochemical sector means that, while we very much could live in a world where just about every piece of plastic we consume will biodegrade, we don’t. It’s much the same as the fact we definitely could recycle the vast majority of the glass, plastic, and rare earth metals that we consume each year, but it’s cheaper to throw it in a landfill, so we don’t.

That doesn’t mean, however, that the idea of biodegradable materials in consumer electronics is anything new. All the way back in 2009, the idea found itself decidedly in vogue for a moment, with Motorola, Sony Ericsson, and Samsung all making so-called eco-phones within a short span of time.

The Samsung Reclaim is easily my favourite of these early eco-phones, as it was made from 80% recycled materials (a much higher figure than a lot of the supposedly environmentally friendly devices produced today) including an outer casing 40% made up of a bio plastic coating made from corn.

Now, there is a definite distinction between the term bioplastic and a biodegradable synthetic polymer. Also, in case you were wondering, the Reclaim (dubbed the “cornphone” by WIRED journalists at the time, God bless them) didn’t take off.

Now, however, with the threat of the climate crisis growing more pronounced every day, the time might be right for another biodegradable device to hit the market. And it wouldn’t even have to use corn.

Earlier this week, a research team from the University of California Berkeley and Intropic Materials took home the top prize (a measly $25,000 - see, this is why we don’t have commercially viable compostable plastics) at the “Create the Future" Design Contest.

The team has developed an interesting new take on “biodegradable plastics”. Rather than making a whole new synthetic polymer, the researchers embedded enzymes in regular plastics during the manufacturing process. Once triggered, the enzymes reportedly cause “the plastics to self-destruct and completely degrade in days. All that's left behind are small molecules that can be composted or used to make new plastics.”

Aaron Hall, Co-inventor and Founder of Intropic Materials, said that “By bringing together the natural bio machines and these synthetic materials, we can help to bring to fruition a truly circular bioeconomy."

Since we’ve learned over the past decade that smartphone companies are very (not to mention unscrupulously) good at predicting (or encouraging) exactly when their devices will cease to work, timing an enzyme release to begin the decomposition of a device’s plastic components might potentially be synched up with a product’s natural end of life. Also, the degradation of the plastic shell of a device would make the recovery of its more valuable, nonbiodegradable components that much easier.

What about the chips?

Obviously that still leaves the problem of rare earth elements essential to phones. Now, this is a little more speculative, but I have two potential fixes for this. Ready for some blue sky nonsense? Let’s go.

First, I wrote a piece earlier this year about the potential for 5G (and subsequent generations of connectivity tech) to deliver such high capacity, low-latency connections that smartphones could possibly become little more than an input device and display for remotely-hosted virtual machines. Essentially, it’s the process already happening in the cloud gaming market but applied to everything inside a phone.

By eliminating the need for powerful internal SoCs - which we’re struggling to make enough of anyway - a cloud-based smartphone would basically be an input device, a radio, and peripheral tech like cameras. The actual hardware powering the device would be housed in a data centre nearby, where economies of scale, virtual machine hosting, and various other techniques would make the process of running millions of devices remotely much less demanding than having each one be its own self-contained unit. It’s an approach that’s working for the Google Chromebook after all; less junk in the trunk, move it all online.

And then we have my other, much less thought-out idea. In September of this year, researchers published in Nature that they had created a concept design for the world’s smallest flying device - barely half the length of an ant’s leg, about the size of a grain of sand.

The device was built to be carried around by the wind to measure the ways in which pollen and pollution move across large areas. In essence, they’re a very, very small pair of wings and a microchip attached to a sensor. Where things get really cool is that, in order to minimise environmental contamination, the team behind it is planning to make the whole thing biodegradable. “You monitor for a month and then the devices die out, dissolve, and disappears,” said the project lead, Professor John A. Rogers.

If we can make biodegradable microchips for something as simple as a basic atmospheric measurement device, then how long will it be before you can throw your whole iPhone in the compost and let it rot? 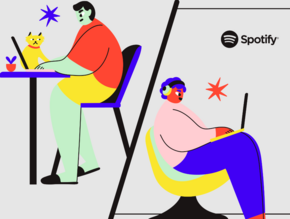 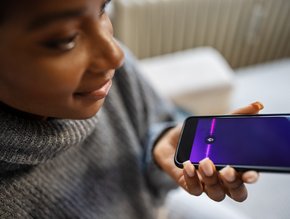 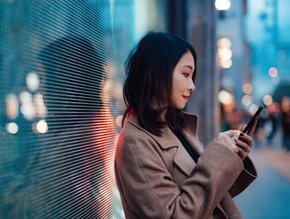