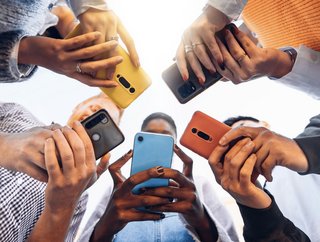 85% of companies now have a budget dedicated to mobile security, as there has been a growing need to apply those funds to cyber threat mitigation.

This is according to the Verizon Mobile Security Index (MSI) 2022, which also revealed that there is a continued rise in major cyberattacks in the last year involving a mobile/IoT device, up 22% year-over-year, that resulted in data or system downtime.

“For businesses–regardless of industry, size, or location on a map–downtime is money lost. Compromised data is trust lost, and those moments, although not insurmountable, are tough to rebound from,” said Sampath Sowmyanarayan, CEO, Verizon Business.

“Companies need to dedicate time and budget on their security architecture, especially when it comes to off-premise devices: otherwise they are leaving themselves vulnerable to cyber-threat actors.”

Security teams are facing problems as the number of devices and remote workers increase, so much so that 79% of respondents agreed that the recent changes to working practices have adversely affected their organisations' cybersecurity.

With the increased threat, it would seem that companies would double down on their policies. However, the findings point to the opposite, with 85% saying home Wi-Fi and cellular networks/hotspots are allowed or there is no policy against them, and 68% allow or have no policy against the use of public Wi-Fi.

In the retail sector almost nine out of 10 (88%) businesses were concerned that a mobile security breach could have a lasting impact on their brand or customer loyalty. However, 70% said that increased mobile use is essential to staying relevant to consumers, while 41% said this presented a daunting security challenge.

64% of respondents said that public awareness of cybersecurity risks will increase in the future. This is partly attributable to nearly two-thirds (66%) of companies stating they had previously been pressured to sacrifice mobile-device security “to get the job done,” with 52% succumbing to that pressure.