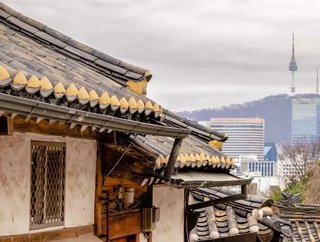 The South Korean Government has approved a new “anti-Google” law targeting not just the search engine giant but other app store operators, including Apple.

The law, which passed through the Republic of Korea’s National Assembly on Tuesday, prevents companies like Apple and Google from forcing app developers from using in-app billing systems (Google Pay and Apple Pay) for in-app transactions.

Korea is the first country to pass regulation that governs app-store payments in such a manner, and the decision could be the first domino in a chain of rulings that has the potential to undermine Apple and Google’s effective duopoly over the app payments space. Currently, Australia’s ACCC is also considering similar legislation targeting Google, Apple, and WeChat.

The backlash is, in many ways, understandable. Apple and Google charge a hefty commission for payments made through their app stores - sometimes adding as much as a 30% surcharge to purchases for developers, an expense which either hurts smaller companies or forces them to pass on the cost to their consumers.

App developers in South Korea will in future be able to use third-party payment channels in their apps, directing users to independent payment platforms instead.

However, Apple has responded to the ruling by claiming that it will “put users who purchase digital goods from other sources at risk of fraud, undermine their privacy protections, make it difficult to manage their purchases and features like ‘Ask to Buy’ and Parental Controls will become less effective.”

Google also responded by saying that its high app store commissions help “keep Android free”, and added that it would “reflect on how to comply with this law while maintaining a model that supports a high-quality operating system and app store, and we will share more in the coming weeks.”

South Korea, for a number of reasons that intersect with the country’s relatively recent colonised past, rapid economic development over the past several decades, and a strong nationalist (I guess protectionist is the more delicate term) streak in its economic legislation, have made it consistently difficult for foreign companies (particularly tech firms) to gain a foothold in the country.

Companies that have found massive overseas success in countries with a more open stance towards globalisation have repeatedly found Korea a much less welcoming environment. Uber and Spotify are currently in the process of trying to break into the South Korean market and, by most accounts, aren’t having a particularly easy time of it.

This latest bill is by means the first issue Google itself has had on the Peninsula, thanks to the fact that Korea places a great deal of emphasis on meeting demand for services with home-grown solutions rather than a foreign interloper. Google Maps in downtown Seoul is, as a result, only slightly more functional than several hundred miles north in the DPRK. In South Korea, domestic tech giant Naver reigns supreme.

Now, South Korea’s commitment to protecting and developing its own alternatives to largely western tech conglomerates is definitely admirable in some respects.

However, the benefits of bringing third-party payments into the world’s two largest app stores aren’t as likely to be passed on to the Korean consumer as the optics surrounding the bill would suggest. To understand why, you have to look at the other side of this economic protectionist behaviour: the chaebol.

A chaebol is the modern evolution of Korean aristocracy. Typically, these are ultra-large, family-controlled organisations which, in many respects, function as the oligarchical landed gentry in a country where income inequality continues to skyrocket. Their economic impact can’t be understated. Hyundai, Samsung, LG, the Lotte Group (which operates everything from hotels and supermarkets to some of the country’s most prominent food manufacturing companies), SK Group, Doosan, Hyosung Heavy Industries, and dozens more are chaebol owned and operated.

Thanks to ongoing efforts (and considerable successes) by members of South Korea’s chaebols to extend their influence into the country’s political spheres, the mega-corporations at the heart of this country are the real driving force behind efforts to ensure that third-party payments (like Kakao Pay) get their share of those developer commissions.