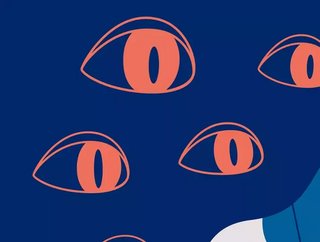 McAfee finds that, while mobile usage spiked during the pandemic, so did cybercrime, and consumer behaviour has yet to adapt to the new threat landscape.

People have had to adapt to a lot over the past year and a half, from lost jobs, friends and loved ones, to months spent in confinement as the pandemic raged outside. As physical interaction became much rarer over the past 12 months, people have adapted by stepping farther and farther inside their digital worlds.

This shift has led, according to a new report from McAfee to, “an increased dependence on mobile devices, as consumers look to execute nearly all daily activities via devices while on-the-go.”

In the UK, one-in-five consumers purchased a new digital device during the first two months of the 2020 lockdown (although a fair number of those can be chalked up to monitors, printers, and other home office equipment), and 62% of respondents to a recent survey by Deloitte agreed that their smartphone usage had increase by “a lot” during lockdown. Interestingly, the same proportion of people also agreed that “their smartphone has helped them to feel a lot less isolated from family and friends during lockdown.”

Increased smartphone usage (as well as time spent online in general) during the pandemic, has also driven an unprecedented rise in cybercrime - in particular, cybercrime associated with COVID-19.

Adam Philpott, EMEA President at McAfee, speaking to Mobile Magazine on the anniversary of the UK’s first lockdown in March, noted that “Businesses have had to continuously adapt to keep their organisation and workforce safe from the rise in Covid-related threats.” As lockdowns became a global reality in Q2 of 2020, Philpott reports that McAfee saw a staggering average of 419 new threats per minute. “Criminals were quick to capitalise on pandemic panic,” he added, “with our global network of more than a billion sensors registering a 605% increase in total Q2 COVID-19-themed threat detections.” Now, a new report from McAfee shows that, while COVID-19 related cyber threats have continued to rise over the past year and a half, consumer awareness of potential threats remains low - with the number of consumers actively taking steps to mitigate the risk posed by their mobile device being even lower.

Nearly half of the people in the UK (47%) and the US (49%) do not use mobile security software to protect their sensitive data, and more than half of UK consumers admitted to not knowing or feeling secure about how their mobile data is managed, stored, and protected. McAfee’s Threats Report: 2021 found that, troublingly, mobile malware grew 118% from Q3 to Q4 2020, with common attacks including malicious apps, email and text phishing, and spoofed networks.