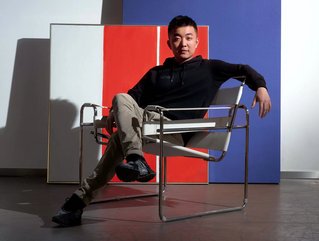 Carl Pei is the CEO and Founder of Nothing, the London-based tech company focused on simplicity and clarity

“We’ve all experienced the gap between the future we were promised and the one we’re living in now,” says Carl Pei, dressed in black streetwear, in front of a black background lit only by the glow of his new company’s name: NOTHING.

It came as something of a surprise when the founder of the successful Chinese smartphone manufacturer OnePlus left his company in October of 2020. Pei founded the company back in 2013 with fellow tech entrepreneur Pete Lau and, over the next seven years, grew the company into one of the world’s most recognisable smartphone brands.

Until his recent keynote, the name of Pei’s company — which he founded almost immediately after leaving OnePlus — also pretty much summed up everything we knew about what it was and did. Now, we know a little more than nothing; not much more, but a bit.

We know what Pei thinks of the current smartphone market: “Today’s product systems are dull, closed, and isolated from the people who use them, but there’s still time to fix it — to find our way back to the future we envisioned.”

We know that Pei’s mysterious tech startup — which launched a set of earbuds last year to largely positive reviews — is also set to launch its first smartphone this summer, and we know that, if it’s half as good as Pei says it’s going to be, Nothing is going to change everything we think we know about the modern smartphone.

Carl Pei was born in Beijing in 1989, but his family soon moved to the United States before eventually settling in Stockholm, Sweden, where Pei was raised. While attending the Stockholm School of Economics, Pei abandoned his bachelor’s degree to work full time in the smartphone industry — landing a job at BBK Electronics subsidiary Oppo in late 2011 as its international markets manager, where he worked directly under Pete Lau.

Two years later, the duo founded OnePlus and launched their first device, the OnePlus One, which sold close to a million units in 2014 — smashing their projected sales figures of 50,000. OnePlus went from strength to strength over the next three years, quickly developing a reputation as a manufacturer of “flagship killers” — premium-feeling phones at affordable price points.

If Pei had remained at OnePlus, turning out generation after generation of well-received phones, he’d still be a remarkable figure in the landscape of the modern smartphone sector. However, it appears Pei has taken OnePlus’ motto (“Never Settle”) too close to heart.

For someone whose rise in the smartphone industry has been so fast and precipitous, Pei also seems to hate tech as much as he loves it. “This world utterly absorbed me. It felt like everything was possible,” says Pei, reflecting on the dawn of consumer tech and the widely accessible, social internet in the 2010s. “But today, all that excitement and all that possibility around tech — it’s gone,” he shrugs. “What have we got instead? Scepticism, apathy; tech companies are not on the consumer’s side any more. And no one’s innovating.”

Bold, contentious words, but it’s not impossible to see where he’s coming from. We live in a world where upgrade cycles are getting shorter as each subsequent generation of phone looks less distinct from the one that game before it. Pei wants his new project to change the future of the industry by recapturing the magic of a bygone age.