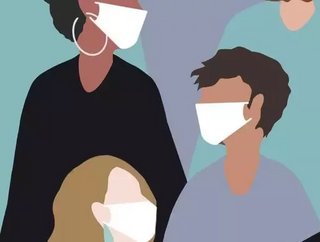 Experts are divided on whether mobile phone screens can harbour the COVID-19 virus for 28 days...

As technology giants turn to mobile solutions to create digital health passports that are accessible via smartphones, an increasingly heated debate is brewing in the scientific community over the hygiene quandary of smartphone screens.

But a recent study by Australian researchers published in Virology Journal has suggested the SARS-Cov-2 virus can last up to 28 days on glass, stainless steel, and both paper and polymer banknotes if kept at ambient temperature and humidity.

Ironically, the findings, if accurate, would mean the very devices being used to screen populations for infection rates could be active vehicles of transmission.

In response to the report, Apple released instructions on mobile phone hygiene, recommending UV disinfection tools, or the careful use of tech cleaning fluids if such tools are not available.

However, Dean Winslow, a Stanford University professor, has countered fears generated by the study, saying the research published in Virology Journal does not take into account the presence of natural UV light - a known eradicator of COVID-19 virus particles.

Winslow told Mic, a media outlet for Millennials, that fear of contracting COVID-19 via a smartphone was probably overblown. He said: "I think people shouldn’t worry too much about this. I don’t think they need to worry about decontaminating their own personal cell phone."

Calling the results, a “worst-case scenario,” the study, which was carried out in controlled, darkened conditions and used concentrated amounts of the virus, did not allow for the impact of UV light on the device screen.

“[The viral concentration] might be kind of artificially high compared to what sorts of virus loads you’d actually find on inanimate objects,” Winslow explained, adding that in a normal situation, an ill-fitting mask might mean a couple of virus-laden droplets could get on to a mobile screen, but that the chance of re-infection would be “a much lower inoculum than what the scientists tested.”

Winslow’s stance is echoed by Dr Michael Head, Senior Research Fellow in Global Health, University of Southampton, who was quoted back in March, as saying; “There is limited evidence of spread of infectious disease from mobile phones and other devices. Various laboratory studies have shown it is certainly theoretically possible, viral loads are detected on the screens. Ultimately, phones are touched by fewer different people than, for example, a door handle. So, whilst it’s important to recognise potential sources of infection, people don’t need to be overly concerned about the phone itself, but make sure they are thoroughly washing and cleaning their hands several times a day.”

Winslow went on to say that the virus was far more likely to spread via indoor interactions than spreading through mobile devices.

He added that the possibility of smartphone transmission shouldn’t be dismissed and that regular sanitisation of screens was sensible. He also suggested that the report might further discourage people from touching their faces while in public – a known cause of viral transmission.