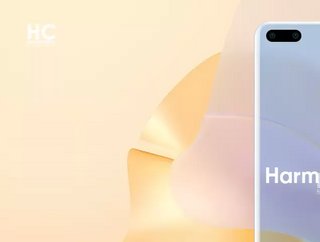 As it adapts to a loss of access to Google’s mobile services, Huawei has officially launched its own operating system, HarmonyOS, on over 100 devices.

Shenzhen-based tech giant Huawei continues its fight to adapt to its identity as a global pariah. On Wednesday, the company announced the launch of its own proprietary operating system, HarmonyOS.

Rather than a direct competitor to Android and iOS, Huawei is pitching HarmonyOS as a unification platform designed to bring together smartphones, wearables, tablets and smart home devices in a way that existing operating systems can’t.

The company added that the operating system would be launched on approximately 100 of its devices later this year as it continues its attempts to adapt in the face of ongoing US sanctions.

Having lost access to Google mobile services - not to mention the hardware supplier relationships with US companies like Qualcomm that were essential to supporting its smartphone business - Huawei has spent the past few years fighting a seemingly losing battle to become sufficiently self-reliant to weather the storm of US sanctions levelled against it by both the Trump and Biden administrations.

Once the Chinese (and global) market leader, Huawei has seen its star fade over the past year - even being forced to sell off its budget phone brand Honor last November. A lack of access to western components and software - as well as increased domestic competition from rival firms like Oppo and Xiaomi - has seen the company’s position in the global smartphone sales rankings tumble precipitously.

In 2020, TrendForce reports that the world’s leading smartphone sellers, in order of sales, were: Samsung, Apple, Huawei, Xiaomi, OPPO, and Vivo. This year, if the trend of decreasing market share continues at the same rate, Huawei’s position is expected to drop from third to seventh, putting it well behind its long-time competitor, Samsung.

If Huawei is to retain what little market share it still has, HarmonyOS is the company’s best chance at that goal. HarmonyOS was unveiled in April of this year, with the bold objective of running on 300mn devices by 2022. Now, the operating system - which Huawei has reportedly been building since 2016 - is officially live. The operating system isn’t explicitly meant to replace Android or iOS, according to Huawei. Rather, the objective behind the system is to unite Huawei smartphones with a whole host of other devices that also run on HarmonyOS, from tablets and smart watches to electric vehicles.

“There are more smart devices in our lives than ever, but the experience they provide often isn't smart. Siloed systems tend to complicate interconnectivity and operations, which have ultimately led to a fragmented user experience,” said a Huawei spokesperson in a company press release this week. “HarmonyOS is designed to address this problem.”

HarmonyOS reportedly focuses on creating a “common language” for different kinds of devices to connect and collaborate. Huawei is confident that, by destroying the silos between different smart home devices, handsets, and wearables, HarmonyOS can provide users with “a more convenient, smooth, and secure experience.”

"We are surrounded by more and more smart devices these days, and are now in a world where all things are connected," said Richard Yu, Executive Director and CEO of Huawei's Consumer Business Group. "Every single one of us is a part of this fully connected world, as is every device. We look forward to working with more partners and developers to build a thriving HarmonyOS ecosystem and provide even better experiences, products, and services to our customers the world over."

Currently, there are over 500 developers working on applications for HarmonyOS, and the system is now officially available to users of Huawei’s Mate 40 series, Mate 30 series, P40 series, Mate X2, nova 8 series, and MatePad Pro series.