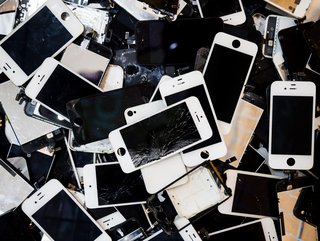 The European Commission is seeking to improve smartphone and tablet battery life, as well as spare parts availability, in new draft proposals

The European Commission has published draft rules that would impose new regulations on smartphones and tablets sold within the EU to lessen their environmental impact.

The proposal includes a need for phone manufacturers to supply at least 15 different parts to professional repairers for five years after a device first goes on sale. Plus a requirement for batteries to last for at least 500 full charges before too much deterioration happens. Specifically, batteries would need to last 500 charges without capacity dropping below 83%.

Along with hardware rules, manufacturers will have to provide at least five years of operating system security updates from the date devices are removed from sale and three years of so-called functionality updates.

“Devices are often replaced prematurely by users and are, at the end of their useful life, not sufficiently reused or recycled, leading to a waste of resources,” the document said.

The increase in the demand for smartphones and tablets, combined with their increased functionality, has resulted in increased demand for energy and materials needed to manufacture these devices. This in turn has also caused an increase in their associated environmental impacts.

Devices are often replaced prematurely by users and are, at the end of their useful life, not sufficiently reused or recycled, leading to a waste of resources.

Extending the life cycle of all the smartphones sold in the EU by five years would save emissions equivalent to around 10mn tonnes of Co2 — roughly the same as taking 5mn cars off the road, according to a study by the European Environmental Bureau, a non-governmental organisation.

The scheme is Brussels’ latest directive targeting electronics manufacturers after introducing in June a requirement to use a standardised charger by 2024, despite years of industry opposition, in particular from Apple.

Backing up phones to protect information

Mobile phones aren’t just a form of communication anymore, they are used as photo albums, alarms, shopping platforms and everything in between. This can mean that storage becomes full quickly and be a factor in why people change their phone often.

“When purchasing a new smartphone it’s probably best to get as much storage as you think you will need and then some. It will make it easier for you to manage your device. Also, make sure that you are setting up automatic backups with your smart phones. The last thing you want to happen is for your smartphone to become damaged and you lose all of the information on your device. Android phones can easily have their internal storage expanded by adding an SD card, whereas Apple users need to pay for backup services through iCloud,” said Chief Technology Expert, Burton Kelso, from Integral.