How to break your smartphone addiction 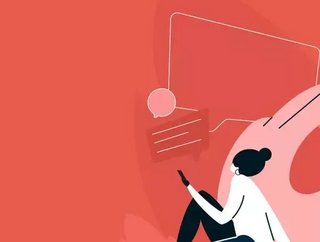 From disabling notifications to amateur engineering projects, here are some of the latest ways to beat that smartphone craving...

Let’s face it. We’re all addicted to our phones.

Look, it’s not your fault. The brightest minds in the technology and user experience design industries have spent more than a decade now working on ways to make our phones the most addictive things in our lives (narcotics addicts excluded - you can go; you have bigger fish to fry).

The urge to check social media, email, and doomscroll through an endless reel of bite-sized content has only gotten stronger this year as huge numbers of people found themselves stuck inside, reading news about a world outside that - well - just look at it.

As the pandemic wears on and the fatigue of yet more lockdowns gets more intense, it’s a simple enough thing to let whole hours of your day fall into the black mirror in your pocket. 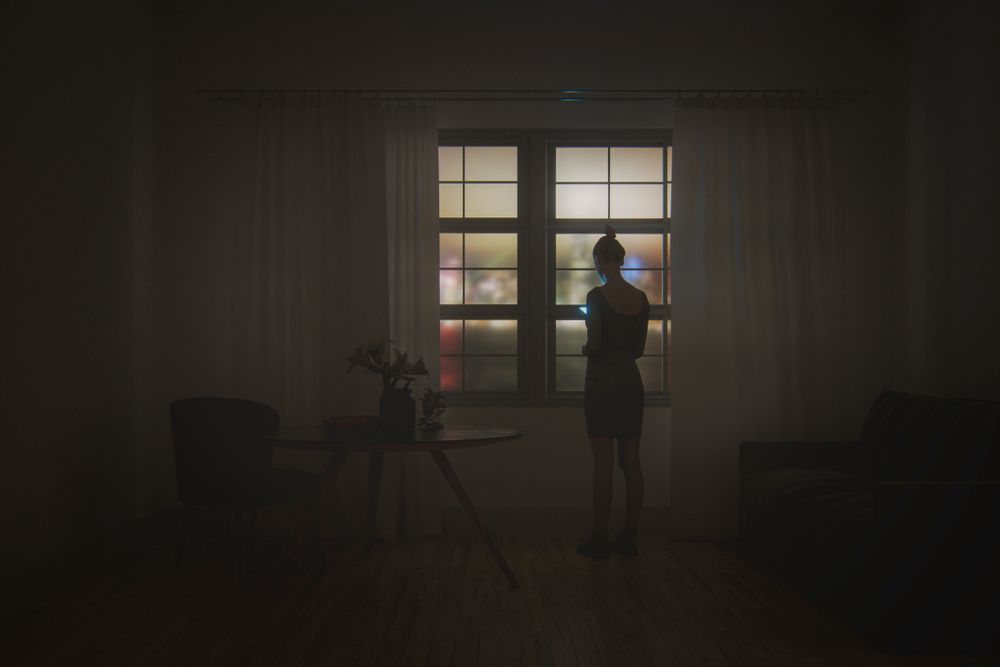 Numbers recorded at the height of the pandemic’s second wave found that the average user unlocks their smartphone 150 times every day. 71% of people sleep with or next to their phone and 81% of users check their device within an hour of waking up. 66% of people in the world exhibit signs of nomophobia (the technical term for smartphone addiction, meaning no-mobile-phone-phobia … you know, from the latin).

As someone who (like literally 100% of people on the planet) is involved in digital publishing, my phone is both a huge recreational time sink and the cause of a lot of blurred lines between my work and private life. Basically, everything’s in there. But you know this. You’re addicted too.

The whole “dumb phone revolution” and the rise of companion phones has been rumbling away in the background for a few years now, and I’ve already covered some of the ways we can trade in our smartphones for more spartan, “feature phone” experiences, with potentially positive benefits.

Thankfully, there are a few new takes on the issue, so today we’re rounding up some of the newest nomophobia “cures” to emerge during the latest lockdown.

Engineer Justine Haupt doesn’t have a smartphone. Her issues with the defining gadget of the modern age extend beyond the usual qualms associated with apps hijacking our attention and a deepening societal addiction to our screens.

Smartphones, she explains, just aren’t very good. “We now live in a world where we expect technology not to need an explanation, which is silly,” she explains, pointing to the original iPad as the genesis of the trend. “The commercial said a very cool thing: ‘you already know how to use it’. Wow. Since then, everything’s just been going off that expectation... You don’t have manuals for things anymore. You should already know how to use it. I think that’s bullshit.”

Haupt adds that, when she uses a smartphone (she emphasises that she doesn’t have one herself) there’s a worrying lack of transparency across the device. “I don’t really know whether an application is open or closed… When you swipe one way or another and accidentally grab a partition of the screen that’s doing something else, you don’t really know where the partition is, you can’t really be sure. You have to experiment in order to be able to use it, and I hate that.”

Her quest for a definitive user experience led Haupt to create a sensational, quirky gadget: the rotary un-phone. The device has a rotary dial for calling, an external antenna (which Haupt notes will give you better service than any smartphone with an internal radio), four buttons on the front for speed dialling, 4G/3G/2G connectivity for calls and SMS, and a small back-side ePaper display for reading messages. 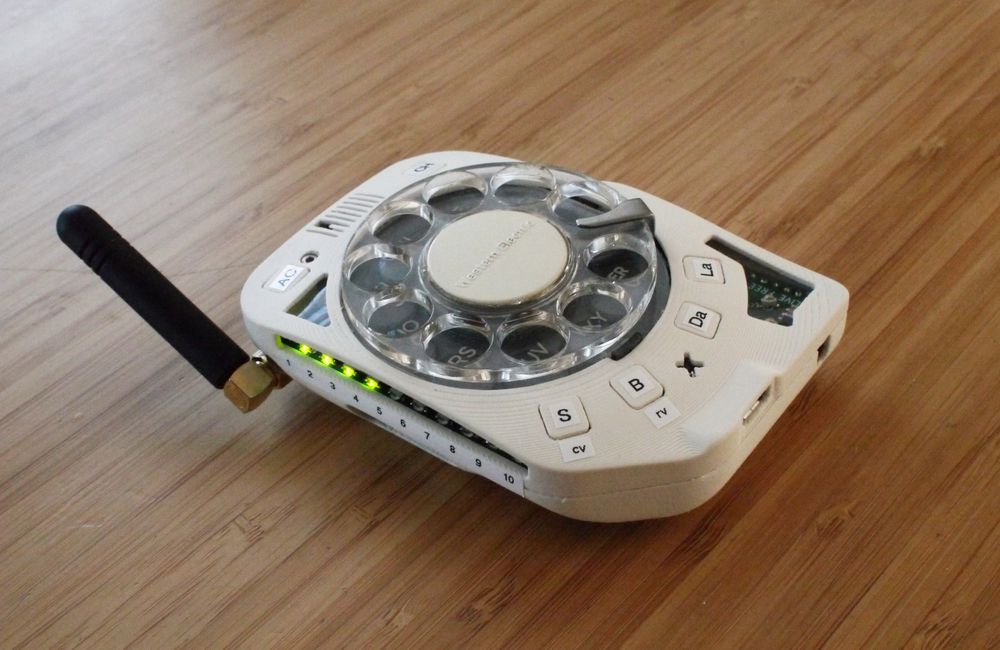 The design of the phone is completely open source but - if you’re like me and honestly struggle with changing the fuse in a plug socket, let alone soldering together a working phone from scratch - her company, Sky’s Edge, is selling a DIY kit that requires only some assembly with a screwdriver and tweezers for $390.

While a pre-built version is rumoured to be in the works (it’s sold as a kit right now to bypass FCC licensing) the idea of building my own simple, highly unique device sounds like the perfect lockdown project - not to mention I end up with something fun that keeps me off reddit when I’m supposed to be at work.

Companion phones have also emerged lately as a way to break the bonds of smartphone ownership. In short, companion phones thread the needle between mobile device and pager, to provide a distraction-free experience without cutting you off from essential functions like email.

A new concept device by designer Joseph Burrell surfaced this week. The Companion provides all the basic functionality of a modern phone, but uses a striking pebble design, e-ink display, and hugely simplified interface to make itself feel more like a tool and less like a delicious candy bag full of dopamine. 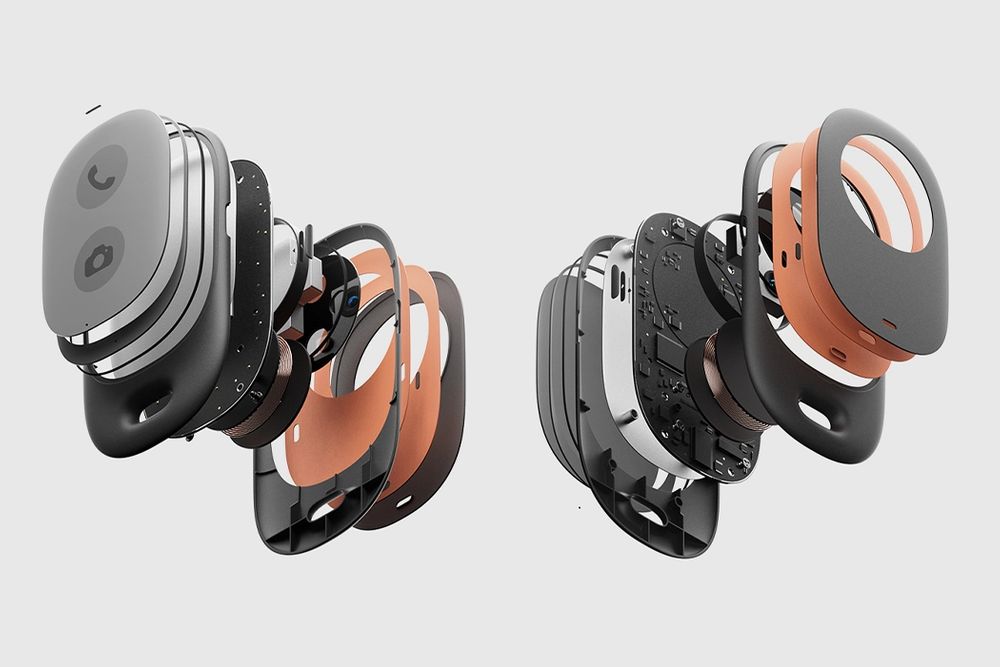 “Soft forms reminiscent of pebbles evoked a more natural and organic feel,” said Burrell in a recent interview. The device is made from a bioplastic that is easy to manufacture and recycle. It’s also portless, and includes a microphone, ultra-wide camera, and an air quality sensor. It’s a lot to pack into something that’s about half the size of a 2020 iPhone 12.

Lastly, there’s a trend gathering momentum of people who obsessively “dumb down” their existing smartphones in pursuit of a more utilitarian experience, as well as people like blogger Vincent Carlos, who has a few tips on how to make your phone at-least somewhat unpleasant to use in order to erode you brain’s positive association with mindlessly checking notifications and scrolling.

Black (and white) out

Our devices are designed to be attractive, engaging things to look at. App icons look like little bits of candy for a reason, and finding a pleasing wallpaper is one of the first things I do when I boot up a new device (I’ve been on a rotation of woodcut illustrations by Gustave Dore lately).

One suggestion from Carlos is to choose a simple, unengaging background and switch your phone to black and white, a change that “will short-circuit your brain’s tendency to be drawn to your phone’s bright LED color screens. As a result, you’ll check your phone a lot less.” It’s worth noting that this isn’t necessarily possible on Android devices as it is on iOS, but you can still get rid of those luxurious JPEGs of Dante’s journey through hell. Personally, I’m going to set my background to a high definition image of Margeret Thatcher eating the souls of the working class. If it doesn’t kill my dopamine high when I hit the unlock button, nothing will.

Another suggestion from Carlos is to make your phone a nightmare to unlock. Turn off your fingerprint and facial recognition unlocking feature, get rid of your simple pattern or pin, and set a really long, annoying password. He suggests “doireallywanttobedistractedrightnow?”

If your phone is a pain to unlock, you’ll spend less time unlocking it. Simple.

Delete Gmail. Do it, coward.

So this last piece of advice comes from a very cool article by Jake Gnapp, who actually worked on the Gmail dev team at Google. As part of a wider purge, in which he removed everything from Twitter and Facebook to YouTube and all his games, Gnapp also did the unthinkable: he deleted his email app.

“I deleted Twitter, Instagram, and Facebook. I deleted YouTube, ESPN, and all my games. Then I went into the settings and removed Safari. I was like David Bowman in 2001, shutting down the psychotic computer HAL so I could fly the spaceship by myself,” he writes. “The only thing left was email.”

His next reflection hit home for me a lot harder than expected. “I had to admit that email was the very worst distraction on my phone. Hiding behind a guise of necessity, email was an infinite hamster wheel powered by other people’s priorities,” Gnapp writes. He’s right. My email account is linked to the laptop I use for work, but I still check my inbox on my phone before I get out of bed in the morning. Why? All that ever happens is work intrudes on my morning attempt to read an actual book, usually making me angry. So do it. Delete your Gmail, you coward. Keep it where it belongs: on your work device.

Carving away the apps that you don’t need, Gnapp concludes, doesn’t mean you lose the ones you do. “For me, an iPhone without distracting apps is an amazing device… My phone still has fantastic maps and a kick-ass camera. It even has a flashlight!

In short, if you had handed me this device when I was a kid, in the 1980s, I would’ve lost my freaking mind with joy. A distraction-free iPhone is a futuristic tool that I control. It’s what I really wanted all along.”