Goodbye to the weird and wonderful LG

With South Korean tech giant LG set to toss its phone business on the scrap heap, the world of handset design is about to get a whole lot less exciting...

It’s official: LG is scrapping its smartphone business. Korean news outlets reported this week that the tech giant appears to be in the process of shutting down its unprofitable smartphone arm and transferring its mobile communications employees to other areas of the business.

"LG has considered various options such as a sale, split sales or pulling out of the smartphone business, but decided recently to pull out of the business," industry sources told The Korea Times on Thursday, although LG official channels rebuffed calls for comment, saying that, "There's nothing to comment on."

They added: "All we can say is that every possibility is open. Although we cannot confirm that right now, we will announce the specific direction of our mobile communications business."

The move isn’t completely surprising. LG’s smartphone business has failed to turn a profit since 2015, with sluggish sales prompting carriers in Asia and the US to slash the prices of LG devices repeatedly over the past few quarters.

Rumours that South Korea’s second-largest electronics maker would throw in the smartphone towel have been circulating for a while, although LG has continued to deny them, likely as it searched for a buyer. Vietnamese tech firm VIngroup looked poised to make a bid, but that deal appears to have fallen through and, in the wake of the deal’s collapse, LG seems to have decided that pulling the plug is the best way forward.

For LG as a whole, the move is definitely a smart one. LG’s other consumer electronics businesses have proven far more profitable over the past few years, with strong sales of everything from Smart TVs to refrigerators. In its home market of Korea, LG makes everything from air conditioning units and vacuum cleaners to washing machines and microwave ovens. It even manufactures industrial chemicals.

Just because LG stops selling smartphones, they won't be exiting the telecom business. In South Korea, the group's telecom subsidiary, LG U+ is the country's third-largest carrier, with zero intention of getting out of a very established and profitable business. LG is not in trouble.

For the rest of us, however, the death of LG’s smartphone business is undeniably a sad event, as it leaves us with a smartphone market that is undeniably just that bit less exciting, innovative and a little bit bonkers than it was when LG was still churning out its decidedly unique range of products.

A history of weirdness

LG stayed strange right to the last, with the launch of the LG Wing in 2020. Reminiscent of the old sidekick phones, the LG Wing featured a swiveling second display which, when unfolded, created a t-shape screen rather than a physical keyboard. 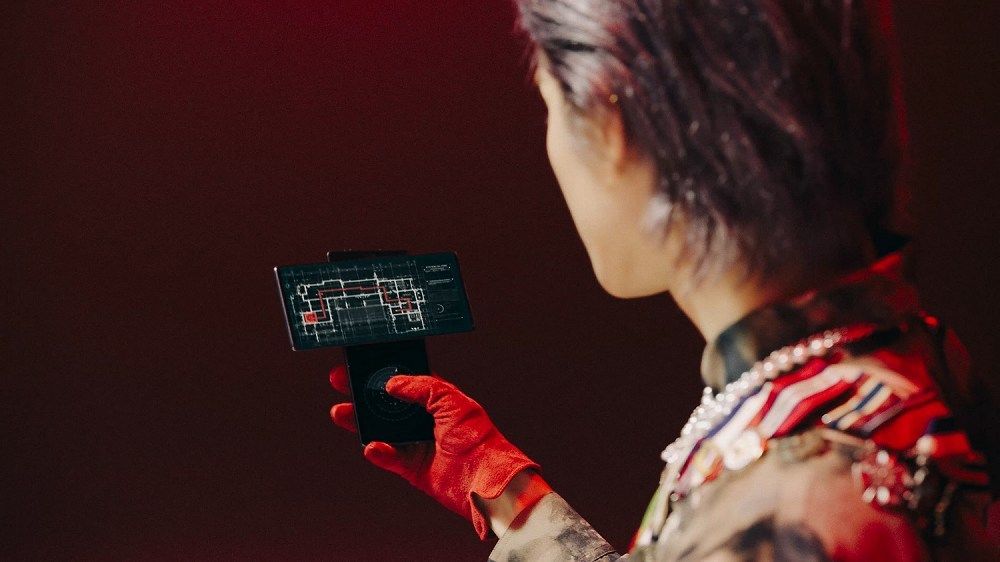 Hailed as an interesting and unique alternative to a true folding phone, the Wing managed to come to market with a price tag of around half that of a Samsung Z Fold, and experienced strong sales early on. However, the kooky design, mixed with the pandemic-driven shift towards more budget devices has meant that LG’s potential saviour has ended up as more of a last hurrah.

Going back in time a little, the LG Optimus Vu (sold in the US as the Intuition) wholeheartedly embraced the idea that wider is better. The device, which his the market in late 2011, had a 4:3 ratio of height to width, something far more akin to a tablet than a smartphone anyone could hope to fit in a pocket (although, it was 2011 and a lot more people were hanging onto the dream that cargo shorts and jnco jeans would remain relevant, so it makes a little more sense).

In 2014, LG launched the G3 range, which were the first phones in the world to sport laser focusing camera technology, a piece of innovation borrowed from the company’s line of premium vacuum cleaners. The G series was also the first line of phones to move its volume controls to the back of the device, and the G4 released in 2015 was one of the first handsets to offer a genuine-leather built in back cover.

These innovations (or bizarre design choices, depending how charming you find them) set LG’s phones apart from the competition for years - not always in a positive way. The company’s Flex line had curved screens and self-healing plastic backs, both innovations that are just finding their way into the mainstream today, but executed so far ahead of their time that the technology just wasn’t ready to deliver any real improvement to the consumer. 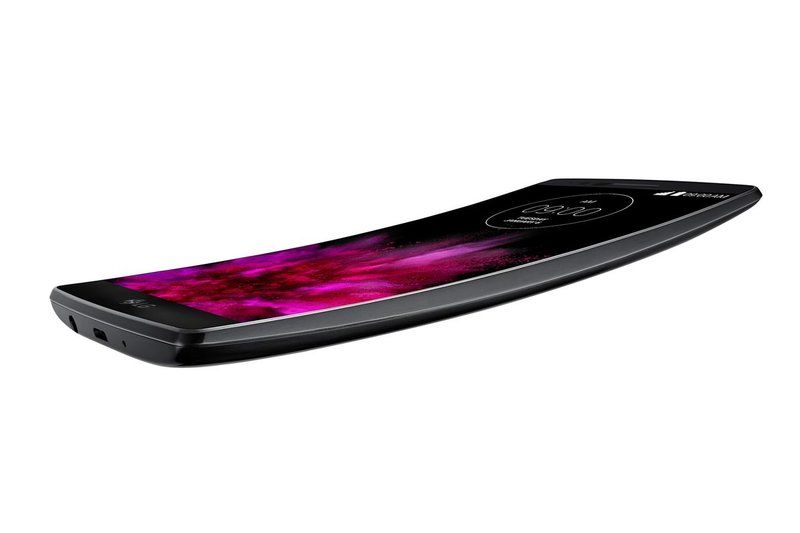 And that’s really the story of LG from start to finish: never shy to do something unexpected, futuristic and, in all probability, ill-advised. Their wacky can-do attitude will probably end up as more of a cautionary tale than a source of inspiration, and that’s a very sad thing because, in a world where phone design is becoming more homogenised, more focus-tested, crazy concept stunts (like the roll-out foldable phone they debuted at this year’s CES) were a breath of fresh air.

Finnish mobile phone manufacturer HMD Global, often referred to as the home of Nokia, has launched three new smartphones for the brand, the Nokia XR20, the Nokia C30, and the Nokia 6310. The company is also expanding its portfolio of audio accessories.

Explaining the reason behind the launch of the devices, Florian Seiche, CEO, HMD Global, said: "We are tapping into consumer pain points around durability and longevity. We did a global trend report8 and found that 73% of consumers want to keep their phone for longer and would if their devices were maintained over time.

“At HMD, we are empowering people to avoid early device replacement and encouraging more sustainable consumption through our longevity promises. We are delighted to announce the Nokia XR20 – a life-proof phone2 with our trademark sleek, Nordic design that we built for both consumers and enterprises,” Seiche said.

The Nokia XR20: The “life-proof” phone

According to HMD Global, the Nokia XR20 is built for longevity and toughness. The company claims it can withstand extreme temperatures, falls from 1.8m above ground, and can survive being in water for up to an hour. Features include the Corning Gorilla Glass Victus screen, said to be the toughest glass ever manufactured.

To prove its durability, Brazillian footballer Roberto Carlos and female world champion freestyler Lisa Zimouche put the XR20 through several tests including placing it in icy water, kicking it, and spinning it screen side down across a concrete football pitch. Carlos also kicked the phone in a move that recreated his infamous “banana shot” last seen in the Brazil vs France match in 1997.

Roberto Carlos, Brazil World Cup winner and Real Madrid legend, said: “I’ve been asked to recreate my ’97 free kick many times over the last twenty years, but never like this before, so I had to accept the challenge. Surely a mobile phone couldn’t survive the wrath of a football. I didn’t think the Nokia XR20 could have withstood the power of my kick. I may not be professional anymore, but I know I still pack a punch, so it was an impressive result.”

HMD says that the XR20 also comes with a  48MP+13MP dual camera with ZEISS Optics, OZO spatial audio, and innovative imaging solutions. “The all-new SpeedWarp mode lets you capture a whole lot of adventure in a compact, exciting montage. Pushing the boundaries of the mid-range, it also comes with 5G speeds, 15W wireless charging, and superior durability,” the company added.

The mobile manufacturer’s two other releases, the Nokia 6310 and C30 also have new characteristics, with the C30 offering both the largest battery and biggest screen ever fitted to a Nokia device. The battery is said to last up to three days on a single charge.

The third phone, Nokia’s 6310, aims to bring advanced accessibility, optimised ergonomics, and also has a long battery life. It features a larger display and buttons, as well as zoomed-in menus.

In addition to the release of smartphones, HMD has also announced an expansion of its audio accessory range. This includes four, new distinct audio lines: Go, Micro, Comfort, and Clarity.

Alex Lambeek, Global Head of Accessories, HMD Global, said: “Much like our smartphones, the excellence in Nokia accessories is a result of industry-leading testing for quality. The invaluable insight from our Nokia smartphone community combined with regional insights across the globe has allowed us to grow our ecosystem of companion products to an impressive portfolio.

“It’s supported by a network of strong partnerships like Binatone that allow us to provide the best for our growing fanbase. Inspired by nature and packaged in paper and soy-based ink to protect it, each new line delivers premium lifestyle experiences at accessible price points,” he added.