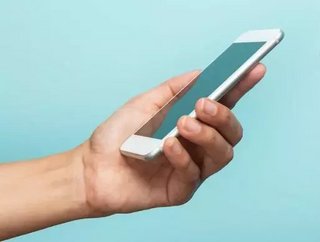 A new report from IDC found that worldwide shipments of used smartphones reached 225.4mn units last year, and will grow to more than 351mn units in 2024...

As COVID-19 and the importance of sustainable behaviour to consumers’ spending habits becomes increasingly apparent, the global used smartphone market is set to experience strong growth over the first half of the decade.

The International Data Corporation (IDC) has released a new report, which estimates that worldwide shipments of used smartphones, including both officially refurbished and used devices, reached a total of 225.4mn units last year. That figure represents a 9.2% increase year-on-year compared to 2019.

If the trend persists, the IDC estimates that, by 2024, annual shipments of used handsets will reach higher than 351mn units globally.

"In contrast to the recent declines in the new smartphone market, as well as the forecast for minimal growth in new shipments over the next few years, the used market for smartphones shows no signs of slowing down across all parts of the globe," commented Anthony Scarsella, research manager with IDC's Worldwide Quarterly Mobile Phone Tracker.

He added that, "Refurbished and used devices continue to provide cost-effective alternatives to both consumers and businesses that are looking to save money when purchasing a smartphone. Moreover, the ability for vendors to push more affordable refurbished devices in markets where they normally would not have a presence is helping these players grow their brand as well as their ecosystem of apps, services, and accessories."

The report also notes that premium smartphone manufacturers like Apple, Samsung and Huawei, have all begun to rely more heavily on trade-in programs in order to make new, flagship devices more affordable to customers.

IDC estimates that, in contrast to the expansion of the used market, sales of new smartphones decreased by more than 6% in 2020. Other analyst firms like TrendForce have estimated the drop to be even more severe (11% according to a report released last week).

"Although the COVID-19 pandemic has posed challenges for secondary market participants around able-bodied workers and logistics, most of the industry has been able to satisfy demand for refurbished smartphones. Once the pandemic begins to fade, those that were able to invest in technology will be well-poised to prosper during the recovery." said Will Stofega, program director for mobile phones at IDC.