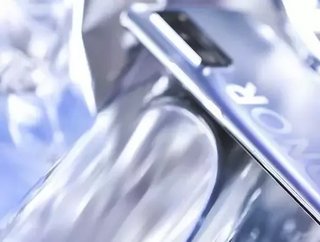 Honor CEO George Zhao has said the company will immediately launch a new handset and increase its focus on connected IoT...

Mid-range Chinese smartphone manufacturer Honor is launching its first smartphone as an independent company. The announcement, which closely follows the brand’s separation from parent company Huawei, was closely followed by the revelation that Honor will be refocusing its go-to-market strategy on a connected ecosystem of internet of things (IoT) devices.

Neither move is particularly exciting or radical, pointing to a more cautious roadmap being chosen by the brand’s new owners.

Beleaguered Chinese tech giant Huawei announced back in November that it was scrapping its affordable smartphone brand. The newly formed Shenzhen Zhixin New Information Technology - backed by a consortium of more than 30 agents and dealers - purchased Honor in its entirety, including all infrastructure, equipment, staff, supply chain and intellectual property from Huawei. The exact terms of the transaction were not disclosed, although an offer from Digital China of around $15.2bn was rejected shortly before the final deal, suggesting that Shenzhen Zhixin New Information Technology made a higher offer.

The move, according to a statement from Huawei, came in the face of “tremendous pressure” due to the “persistent unavailability of technical elements” required for the manufacture of its smartphones.

While the end of the Trump administration has sparked calls for a winding down of the trade war between the US and China, other sources suggest that it’s likely a Biden administration will continue to levy sanctions against firms it sees as beholden to the PRC Government.

Honor’s separation from Huawei will, the company’s new owners hope, clear a path for it to resume the acquisition of smartphone components from US manufacturers like Qualcomm.

Behind the scenes, Honor remains largely unchanged as a company. Its CEO, George Zhao, has retained leadership, and GSM Arena reports that the brand’s senior management team remains almost entirely the same.

In a recent press statement, Zhao announced that Honor’s product line would, for the most part, remain the same. The company will continue to sell its pre-existing lines of smartphones, laptops, tablets, smart displays, routers, and headphones.

In an open letter to Honor “fans” everywhere, he recently stated that the brand would be launching a new smartphone “immediately.” Sources familiar with the matter say signs point towards the upcoming launch of the Honor V40 Series in January 2021.

Rumours surrounding the phone’s release suggest that the device will likely eschew the Huawei-made Kirin 9000 chipset in favour of a MediaTek Dimensity 1000+ manufactured in Taiwan. The phone will, however, probably have a similar camera design to the Huawei nova 8.

Essentially, this is a very, very soft reboot for the brand, with the largest changes being confined to the company’s supply chain.

Zhang’s press statement - in addition to the rather vague assurance that the company would “pay more attention to customer service in the future” - alluded to a new strategy of “full-scenario IoT”, implying that Honor will be working on products that link together its smart home devices into a single ecosystem, somewhat akin to the Huawei Share and OneTap features.

It will be intriguing to see if the coming months reveal some bold new direction for Honor, but for now it seems as though the company’s biggest announcements are that it will build its own version of a Huawei feature it just lost in the shuffle, and also welcome back Google Mobile Services to its devices. Perhaps the biggest indication of just how far the company has distanced itself from its previous owner is the fact that, in order to get the picture for this article, I had to create a Huawei ID account.