Fighting for the ROI on 5G 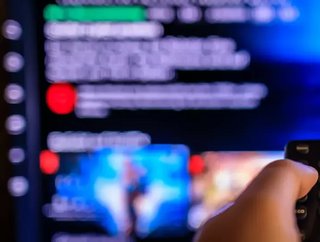 5G promises to revolutionise digital communications, but CPSs need to adapt their business models quickly if they are to see the ROI they deserve.

4G communications were first launched in mid-December 2009. Over the subsequent decade, the technology has completely revolutionised the digital economy, ushering in new business models like ride-sharing, the gig economy, and OTT streaming services. The technology supporting these innovations has completely reshaped day to day life, and allowed the companies behind their commercialisation (like Netflix, Uber and Spotify) to rake in billions every year.

However, the telecommunication and digital infrastructure companies responsible for the infrastructure underpinning 4G - and the massive capital expenditure required to make the technology a fact of daily life - didn’t end up seeing a return on investment (ROI) proportionate to their expenses. In fact, as OTT streamers and other digitally disruptive firms continued to grow exponentially off the back of the increased bandwidth and connectivity being funded by communications service providers (CSPs), those same CSPs found themselves increasingly boxed into a discrete, growthless segment of the market.

Boxed out of the value chain

“With the 4G rollout, telecoms were the engine that powered a new economy. But it was other players that actually monetised that transformation. Netflix, Zoom, Spotify - basically, all the OTT players capitalised on the telecom industry's huge investment in 4G,” says Francesco Venturini, a Senior Managing Director at Accenture, who has lately found himself focusing on helping telecom operators to monetise their network assets and avoid the same outcomes that the industry saw following the 4G rollout.

Francesco adds that, once non-telecom players established themselves as the ones who stood to benefit from the increased capacity, coverage and speed that 4G delivered, “In the end, the telecom industry was essentially forced to remain in a small corner of the value chain, just providing faster connectivity at pretty much the same price points.”

Now, as the global 5G rollout continues to gather momentum around the world, CSPs are once again shelling out billions of dollars in order to keep pace in an extremely competitive market. And once again, these companies are finding themselves faced with the challenge of defending their revenue streams against digital service providers using their infrastructure to offer disruptive, transformational services. “Most, if not all, of the telecoms I talk to recognise the mistakes that were made with 4G,” says Venturini. “And I think that's motivating a lot of players in the industry to be a bit more territorial - to plant the flag on 5G in order not to once again be forced into a corner where they provide faster connectivity in exchange for very little in the way of ROI.”

“With the 4G rollout, telecoms were the engine that powered a new economy. But it was other players that actually monetised that transformation." - Francesco Venturini, Accenture

The widely held belief that, as Venturini puts it, “operators missed the boat” with 4G isn’t ubiquitous. According to Mark Newman, Chief Analyst at TM Forum, an industry association representing service providers and suppliers throughout the telecom sector, “CSPs didn’t make a mistake with the 4G rollout.”

Newman explains that, while he understands the people who argue that operators lost out by taking on the cost of the rollout while the OTT companies like Google and Netflix reaped the rewards of faster consumer connectivity, he also believes that, since “the goal for the operators is to furnish their customers with a faster and better-connected consumer experience,” by this metric, the 4G rollout “has been incredible. Modern video and audio streaming wouldn’t have developed as far as they have without the speed 4G offers.”

Interestingly, while Newman frames it as more of a logical evolution, and Venturini as a fight for survival, both of them agree that the 5G rollout is pushing telecom operators in the same direction. Newman explains that the defining shift in the market we’re about to see is “CSPs endeavouring to expand more and more into the B2B services market, building out enterprise grade connectivity and working with partners to create end-to-end solutions for specific vertical markets such as manufacturing, healthcare, connected vehicles and smart cities.”

However, whereas Newman describes something of an inexorable march towards telecoms’ greater role in everything from remote medicine to smart manufacturing, Venturini maintains that if operators are to leverage “the step-change that is 5G” into a greater piece of the pie, they are going to have to play their cards right.

The way back in

“It's a bit of a provocative perspective,” says Venturini. “It's a perspective that tries to highlight what it takes for operators to move away or evolve out of being a pure product company and - on both the B2B and B2C sides of things - become a platform company by leveraging 5G.”

Telcos, he explains, have traditionally tended to be product companies. “They're great at selling their own products, bundling, pricing, and managing acquisition costs - but those products have increasingly transitioned into being commodities, so there's a corresponding increase in pricing pressure.” As a result, customer loyalty became the battleground for these companies, creating a race to the bottom - “because otherwise it's very hard to differentiate,” Venturini adds. This shift further and further into the commodity (and even utility) space, combined with their curtailed position in the value chain due to the rapid growth of OTT disruptors, according to Venturini, is yet another weight around the telecom sector’s neck.

However, by pivoting their approach, Venturini believes that operators can flip the script. “By becoming a platform company, these operators can radically change their DNA,” he says. “They can stop focusing solely on their own products and instead can start to leverage a number of control points.”

Chief among them, the B2B control point that Venturini establishes as vital is the edge.

Fighting for the edge

“Operators are discovering this new control point they never had before,” he says. “The question becomes if, on the consumer side, I can leverage devices that have traditionally been dumb devices as control points to build new engagement new experiences, can I do the same by leveraging the edge in the B2B space? It requires looking at your network architecture in a different way, as well as looking at your relationships with the disruptors and the hyperscalers in a new light - and potentially protect a little bit more of your turf around the edge in order to become an enabler of things like the industrial IoT and see a greater ROI.”

In tandem, Venturni explains, the COVID-19 pandemic has “opened a window” for CSPs to act. “directly tied to connecting and monetising value chains in an era of edge computing and platform ecosystems.” However, he wrote in a recent report, “the time to act is short. The time to move is now.”

“Operators are discovering this new control point they never had before: the edge” - Francesco Venturini, Accenture

The COVID-19 crisis raised our collective dependence on our CSPs for everything from work to socialising. As a result, trust in the quality of service of operators is higher than it’s been in a while. Trust, as an intangible lever, can unlock significant tangible business value for CSPs, like the harvesting and monetisation of customer data. “Due to post-COVID shifts, now more than ever, CSPs have opportunities to expand their offerings outside their core business,” Venturini adds.

The ones that can pull this off, and leverage their competitive infrastructural advantages, will be much better suited to dictate the terms of the necessary cooperation between operators and their competition - the hyperscale cloud providers and software-defined companies also looking to move into the edge. “The enterprise segment offers the greatest opportunity of all for CSPs to redefine themselves— and their growth trajectory—by capitalising on what 5G and edge computing make possible,” he adds.

“In the B2B market, it seems fairly clear that we’re going to see a growth in private mobile networks constructed by operators for specific companies and purposes, whether this be shipping ports, fulfilment centres or other large-scale operations,” predicts Newman. “CSPs will decide the extent to which they utilise the possibilities of 5G to partner with MSPs in providing end-to-end IT and network solutions for businesses. Partnership with public cloud and other growing work technologies could provide enormous revenue for CSPs in the coming years.”

For Venturini, the cooperative relationship between operators and cloud will be the defining feature of the edge in the 5G era. “It just remains to be seen on whose terms that cooperation takes place,” he muses. “The granularity and capillarity of 5G networks, and the real estate that operators now control cannot be easily replicated, which means that these operators have a lot more bargaining power now versus in the past.”