The RCS Revolution is Getting Left On Read 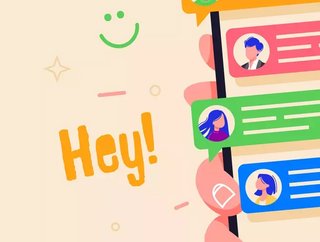 Despite tremendous promise, a series of setbacks are throwing serious doubt over the potential for RCS to successfully challenge OTT platforms.

Since its earliest days of development in 2007, Rich Communications Service (RCS) has existed inside a growing bubble of hype.

The technology has been held up by everyone from telecom carriers, who see it as a way to coax users away from so-called Over the Top (OTT) platforms with the spiritual successor to SMS, to marketing execs who want to use direct RCS messaging to open up new, more profitable routes to consumer eyeballs left cynical and disengaged by a lifetime of online ads.

That bubble swelled again in 2019 when - after a few tepid years in the care of various telecom carriers, who largely had other fires to fight at the time - Google took the reins of the project from the GSMA to orchestrate a worldwide rollout. Updates were pushed, improvements were made, and over the past two years, RCS adoption has exploded throughout the Android community.

Last year, Juniper Research found that the global RCS user base reached 1.2bn people. By 2025, they predict, that figure will swell to just shy of 4bn (more than all the people who own a smartphone today).

That being said, mass adoption doesn’t necessarily equate to the success of the RCS revolution that carriers and advertisers are hoping for. Juniper Research’s report definitely paints RCS’ progress so far in a positive light, claiming the technology “will enable rapid development of new services over RCS clients, and will allow other market stakeholders, such as advertisers, to play a much more prominent role in the messaging space over the next five years.”

However, as the rollout has gotten underway over the past two years, this “RCS revolution” has bumped up against a number of hurdles which might mean that, even if the technology does become an available option on every smartphone in the world, that might not actually translate into the sea change that Google, the GSMA, telecom operators, and ambitious new age marketing firms are hoping for. In the increasingly harsh light of this inconvenient truth, is the RCS hype bubble about to pop?

RCS vs the Status Quo

The 4G era brought about better connectivity across larger networks, ushering in the services that pretty much define the lives of billions of consumers around the world today. OTT streaming platforms like Netflix and Hulu rewrote the rulebook for the entertainment industry. Apps like Uber, Deliveroo, and Postmates have absolutely transformed the way we travel and consume (in a very literal, food-related sense of the word). And OTT communications platforms like WhatsApp and Facebook Messenger came to dominate how we talk online.

As our data connections got better, we collectively gravitated away from SMS messaging towards the feature-rich, free, highly integrated experiences provided by those OTT messaging platforms. For the telcos, this has been a disaster. “They’ve lost the messaging market over the last decade,” explains George Glass, the Chief Technology Officer at TM Forum.

Now, he continues, “It’s hard to see how mobile operators or CSPs can move into a market where the product, WhatsApp, is free, doesn’t promote adverts and offers such a rich experience. There doesn’t appear to be much of an angle.”

It’s a troubling thought that carriers (and Google) might be investing so heavily to provide an alternative to a problem that, from the consumer point of view, doesn’t exist. Despite Google’s attempts to “use RCS to catch up with WhatsApp and others like it,” Glass reflects that it’s hard to see how it will gain penetration.” One of the biggest sources of this stumbling block is the fact that, since RCS is a Google-developed technology, it has yet to make the jump to Apple’s iOS and (for what it’s worth) other smartphone operating systems.

Perhaps a little hyperbolically (iOS users currently represent just over a quarter of global user base), Glass says that RCS being an Android exclusive, “immediately cuts out at least 50% of the market.”

The damage, he elaborates, isn’t just being done by the users who have an iOS device, but the Android users who regularly message with Apple customers. “Friends and families who use Android and Apple devices will likely stay with WhatsApp because they can message across devices with no issue,” Glass explains. “If Apple adopts RCS, there could be movement, but RCS is unlikely to generate much breakthrough until that point.”

RCS is supposed to be taking back messaging from OTT platforms like WhatsApp, but has it already missed the boat?

All Hope is Not Lost

The current issues with RCS adoption aren’t insurmountable, however, and several experts in the industry remain confident in its ability to shake the grip of OTT platforms on the messaging market.

“It’s still a growing market,” says Nick Millward from Kaleyra (previously mGage), one of the marketing companies experimenting enthusiastically with the remarkably high engagement rates that RCS manages to produce in customers. His company recently launched an RCS-based campaign that integrated rich content with mobile payments on behalf of a large charity which, along with other trials of the technology, “have already provided very positive results.”

Kerstin Trikalitis, CEO of Out There Media, is even more bullish about RCS’ chances. “This technology has the potential to completely change the consumer experience and how they engage with brands,” she explains. When asked about the issues with RCS fighting for a market that is essentially already at saturation, she’s quick to point out the biggest argument that’s been levelled against the companies behind OTT platforms in recent years: privacy.

“While OTT apps continue to be popular, what is becoming increasingly apparent is a clear consumer shift in OTT trust—more and more consumers are worried about their data, about their privacy, and more and more are choosing to abandon certain messaging apps,” she says with practised delicacy.

While OTT platforms struggle with their public perception, Trikalitis adds, “the mobile operator has never been in a better position.” She explains that “The pandemic highlighted just how reliant the world is on telcos, and telcos are finally starting to take notice.”

The growth of RCS, when combined with telecom carriers’ huge reams of personal consumer data (I refrain from pointing out the irony), “presents a huge opportunity to use RCS as a new communication channel and revenue generating tool,” offering more granular ad targeting based on more useful identification factors than current digital marketers like Google and Facebook have access to.

So, Where Does That Leave the RCS Revolution?

In all probability, RCS alone isn’t going to topple Whatsapp, or Messenger, or KaKaoTalk. The ease and ubiquity of these OTT platforms is probably going to ensure their survival for a very long time - although it might light a bit of a fire underneath their UI design teams if they realise that users actually have a viable alternative elsewhere.

Millward thinks that there’s still a tipping point to be reached, adding that “It would be great to see a stronger push for RCS from operators and handset manufacturers to boost the number of handsets enabled and investments made in marketing RCS to consumers and businesses, which should further increase adoption.”

Trikalitis also points out that the security and trust that RCS offers could elevate its usage beyond user-to-user communication and marketing. “As we see RCS become more mainstream, we’ll begin to see its use vary—for example, RCS could go beyond brand engagement and could be used to save lives,” she says. The tech-for-good arm of Out There Media, Out There Impact, worked with the WHO over the past year to run an RCS-based campaign to help combat COVID-19 misinformation. They managed to reach more than 300mn people using a combination of telco data, smart analytics, and feature rich messaging.

Trikalitis says that the campaign produced “stunning results, such as 96% read rate, 42% engagement rates, and 40% of users opting in to receive more information from the WHO.” In a world where the average user engagement rate for an online banner ad is around 2%, it sounds like cause for optimism. “Operator-owned RCS provides a trusted, safe, and secure medium through which brands, as well as organisations, can communicate their messages and achieve impactful and engaging results,” she concludes. “Even if OTTs can replicate similar levels of engagement, the power of the telco lies in its reach, its scale, and the trust it has built with its subscribers.”

By harnessing those telco assets, the RCS Revolution might yet have a chance.