Microsoft and Warner Bros: Come on and slam (the keyboard) 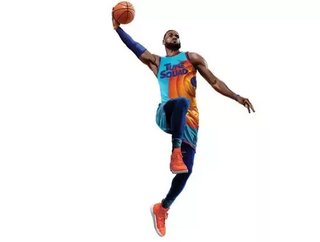 In anticipation of Space Jam: A New Legacy, Microsoft is partnering with Warner Bros to launch a new initiative encouraging kids to code...

Seriously, it’s the best. Just bask for a second in this line of copy from the film’s website - widely recognised as one of the first pieces of truly iconic online advertising, it’s a lovingly preserved time capsule from the earliest days of the internet - “If you like basketball, and you like to jam, go no further. Space Jam isn't just about Michael Jordan meeting the Looney Tunes -- it's about a slammin' jammin' game to keep the Looney Tunes out of a failed intergalactic theme park!” How does that not spark joy? Anyway…

With the reboot (starring LeBron James) coming in 2021, Warner Bros has teamed up with Microsoft for a new partnership aimed at encouraging children to code. Microsoft announced earlier this week that it’s launching a competition to create an original Xbox arcade-style video game inspired by Space Jam: A New Legacy.

Between now and December 30, fans aged 14 and up can submit ideas for a Space Jam game in fewer than 500 words. The two winners will have their games made and released as part of the XBox Game Pass next year, as well as receiving a bunch of other Space Jam-themed XBox swag.

In order to further support kids learning to code, Microsoft is hosting a number of Space Jam-themed virtual workshops on video game coding. “The first lesson includes predicting efficiency ratings with machine learning and Visual Studio Code, using data from human and Tune Squad basketball players. The second lesson includes building a web app that uses additional machine learning models in real time to help a coach decide who needs a water break and who should be put in the game to yield the highest likelihood of winning,” explains a press release from Microsoft.