AdTech: Unleashing the power of users 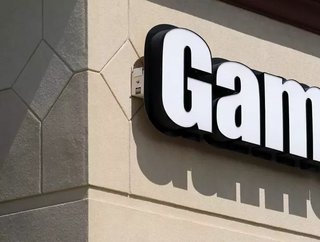 Aditya Padhye, Director of Business Development at eyeo, explains why AdTech and the GameStop affair have more in common than you think.

At the beginning of 2021, reports of a video game retailer’s soaring stock price triggered the interest of the American financial markets. GameStop, which generates a substantial amount of its revenue selling video games in stores across the US, witnessed its stock price rise as much as 1,700% in January. The rise in stock prices was attributed to fans who wanted to ensure hedge funds would lose millions by attempting to short the stock. As small investors championed their purchases of the retailer’s stock in viral posts online, the stock rapidly rose in price, forcing the large investors to pay out billions of dollars. In an effort to recoup their lost revenue.

As this story was making its way across financial news channels across the globe, it raised a few eyebrows for those working in the AdTech community. Many drew parallels between the power, or lack of, that common people have in the financial markets and browsing experience.

Comparing AdTech to the GameStop affair

The GameStop saga began with one person who communicated their vision with others until eventually, this idea touched a wider audience. Over a period of time, this vision transformed into a mass movement, disturbing a powerful industry to the point where the industry leaders called for new forms of regulation to prevent it ever happening again. But this isn’t the first time we’ve seen a David versus Goliath grudge match.

Those working in the AdTech industry will remember that in 1996 PrivNet, a user-based organisation, developed a plug-in for the Netscape browser, Fast Forward, that could block ads and cookies. Similar to WallStreetBets, who received major criticism from hedge funds and even politicians, PrivNet experienced vast condemnation from advertisers  resulting in their software  discontinued, following the threat of a potential lawsuit – but as we know, this didn’t  deter the ad-blocking movement.

This is what we are currently witnessing with GameStop. Although many major trading apps, like Robinhood, halted the purchase of GameStop shares, resulting in the value decreasing significantly, these restrictions were eventually rescinded. Even after the initial period, the movement is still alive and strong, with GameStop stock price rising again and gathering momentum.

The power of users

The GameStop affair has highlighted the power of user-led movements and showcased what can be achieved if carried out successfully. Ad blocking was essentially started by users, and it is maintained by an open-source list  operated by independent users. Similarly, the GameStop movement was started by users through multiple social channels. The main channel, WallStreetBets, allowed users to contribute to the subreddit group to decide what stocks to target. Both are the products of users coming together to change an entire industry.

However, for ad blocking to get to where it is now, it has had to evolve and ensure difficulties. What began as a movement to block all forms of advertising has, over the course of many years, developed into a movement that now filters ads rather than block them all. After much research, the advertising community now recognises that ad-filtering users are open and willing to receive ads as long as they are not intrusive and do not hinder their browsing experience.  As a result, publishers can offer their content for free, in exchange for their readership seeing ads. The only caveat is that the value exchange between ad-filtering users and publishers gives the former only ads that meet their high standards.

As relevant as ad filtering still is, the dish du jour is unquestionably privacy. Users have demanded it, and legislators as well as browser makers have responded... Let’s take third-party cookies, for example. Third-party cookies, the tool that underpins data-driven advertising, are already missing from several platforms and they will be completely ineffective in less than a year on Google Chrome. While third-party cookies may not be the only way to perform user tracking, these changes signal a wider trend. Vitally, this transformation was motivated by the consumers’ desire to obtain greater control over their personal data, illustrating that user-led movements can significantly sway even the biggest industry leaders.

With general trading at an all-time high and GameStop shares still fluctuating, it is evident the GameStop saga will not be a one-off. The event has revealed the power users have when they work together to take on the industry. If the advertising sector chooses not to ignore users’ collective voice, then I think we know how this techie fairy tale might go south.

The importance of communication with your audience and taking on board their views for future integration and developments has never been so paramount. Trying to drown one voice might seem fairly simple, as was the case of PrivNet. But when a collective group of people come together to try and oppose a system that works against them, it certainly makes that movement much more difficult to silence.