5G will change mobile gaming forever, but not yet 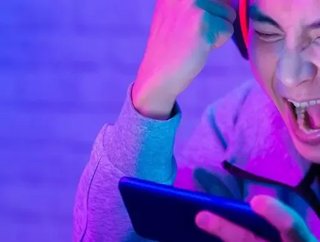 Game Bench founder and CEO, Sri Iyer shares his insight into the developing relationship between 5G technologies and the mobile gaming market...

Sri Iyer is the founder & CEO of GameBench:, a company that helps optimise gaming experiences by working with telecom companies, game studios and smartphone manufacturers to analyse and identify potential issues that lead to poor performance.

With the promise of dramatically lower latency and faster speeds than home broadband, consumers are understandably fizzing with excitement at the prospect of 5G entering the gaming and entertainment space. However, the 5G infrastructure currently in place isn’t quite ready to deliver on this heady promise, yet.

More basic games – take mobile chess for example – are already as mobile-friendly as they need to be on a 4G network, but the more sophisticated a game becomes, the more demand it places on the mobile network. With gaming being one of the few undeniably successful industries in our new socially distanced reality, casual games like Candy Crush are serving as a gateway to higher demand for richer and more complex mobile games. This effect is compounded by the fact that, as smartphones become increasingly sophisticated, so do the games we want to play on them.

Low latency (the delay between user instruction and the required on-screen result) is crucial if a multifaceted ‘battle royale’ game like Call of Duty is to be played seamlessly on a mobile. Although 5G certainly does create conditions for lower latency, current infrastructure prioritises download, rather than upload, speeds. This is done by relying on 5G-radio, but with a 4G core that cannot deliver fully on the promise of 5G, at least not until the 5G SA is rolled out further down the line.

It makes a lot of sense to prioritise download speeds because it’s where most of the consumer demand lies, and 5G does super-fast downloads very well, with Netflix-style video streaming happening ubiquitously and faultlessly. These super-fast downloads are a boon to communities like Twitch, where users are be able to stream and watch at lightning speed. Unfortunately, this is only a small and relatively passive part of the mobile gaming picture.

For active gamers - those who want to do more than watch other people play - richer console-style mobile experiences require both downloads and uploads to work in tandem in order to become interactive.

There are, of course, different tiers of gamers. Entry level casual gamers may well get a satisfactory experience with 4G cloud-based mobile gaming. But when it comes to meeting the expectations of more enthusiastic gamers and esport players, our current 5G infrastructure can’t yet deliver on expectations.

To meet the demands of enthusiasts, the input latency needs to be less than 133-milliseconds, quickening to less than 83-milliseconds for ultra-gamers, yet the best we can currently serve up is 170 to 180 milliseconds, which only caters to basic performance.

When it comes to 5G, it’s important to understand its three different grades. Top of the pile is ‘millimetre wave’ 5G, which delivers the ultimate download/upload experience. The snag here is that users have to be in line-of-sight of a 5G tower, making first-grade 5G impractical for gamers. Second-grade ‘mid-band’ 5G can go around buildings and walls, making it more widely accessible. Then there’s third-grade ‘low band’ 5G which, while able to cover a much larger area, can’t provide the necessary speeds.

Having worked with cloud-based gaming platforms like Google Stadia, it’s become apparent that the most feasible solution for turning mobile gaming into a console-worthy reality is mid-band 5G.

There are, of course, other parts of the mobile gaming network loop that also need to improve if latency is to be minimised: the ISP, the cloud, the game server, the device, the platform. Later on, when we introduce edge computing - which allows processing to be brought physically closer to the user’s device, rather than being executed via a remote data centre - 5G’s low-latency potential will have an even better chance of shining through.

Until the entire chain is enhanced, high-fidelity, low-latency mobile gaming – and, for that matter, mobile AR and VR experiences too – will remain an ambition rather than a reality.

5G is a crucial part of the puzzle, and with the upload side of the infrastructure looking set to upgrade significantly within the next two years, we’re not too far away from an exhilarating future where 5G means high-end games can be played convincingly and seamlessly on mobile devices.