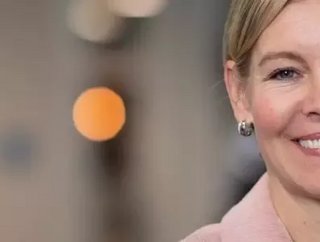 Colt Technology Services' CEO Keri Gilder has made a career out of delivering digital transformation through connectivity.

Throughout her impressive career in the telecommunications industry, Colt Technology Services’ CEO Keri Gilder has remained resolutely focused on leveraging connectivity in order to deliver outstanding results for her customers.

She joined Colt Technology Services last year, following an 18 month stint as the company’s Chief Commercial Officer. In a recent interview, Gilder explained that, while the scope of her role has grown, her core mission has remained very much the same. “Both CCO and CEO, if you get down to brass tacks, they both have employees and customers at the front and centre,” she explained.

Born in Leadville, Colorado (a town somewhat ironically known for its role in the silver and gold mining industries), Gilder has come a long way to reach her current position at Colt’s London Headquarters.

She has held roles as a network engineer for aircraft manufacturers, worked for Lucent Technologies, and rose steadily through the ranks for 16 years as part of telecom infrastructure firm Ciena Communications - finally ending up as the company’s Vice President and General Manager for EMEA before making the jump to Colt in 2018.

Upon her appointment to CEO last year, Gilder said that she was “honoured” to be taking over the role, and assured investors that she would ensure Colt remains “vigilantly focused on delivering the very best for our customers.”

Gilder’s strategy as CEO of Colt Technology Services centres on transforming the way the world works through the power of connectivity, something which became even more mission critical during the COVID-19 crisis. In an interview with the Pacific Telecommunications Council earlier this year, Gilder explained that “The pandemic definitely led Colt to reevaluate our strategy and focus areas for the years ahead.” In response to the challenges posed by the pandemic, Gilder launched Colt’s new three-year strategy aimed at taking “what has always been in our DNA as a business” and building on that foundation in order to instil in Colt the agility and sustainable strategy to succeed in the coming years.

Gilder is a vocal champion for greater inclusion and diversity in STEM industries, leading Colt’s Diversity Council to ensure that the Colt is a place where everyone feels like they can bring their true selves to work, as well as personally supporting a number of external mentoring and coaching initiatives.

Gilder has a Bachelor of Business Administration degree with an emphasis in Management Information Systems (MIS) from New Mexico State University. She currently lives in London with her husband and two children.

In addition to her role as CEO of Colt, she is also the only female member of the European Competitive Telecommunications Association’s CEO council.